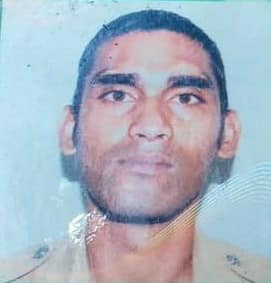 Another prison officer found with contraband

The Trinidad and Tobago Prison Service advises that on Thursday July 15, 2021, at around 3.00pm, Prisons Officer I, Christopher Karim, was found to be in possession of contraband during a routine search.

According to initial reports, Karim, who has just over eight years of service, reported for duty at the Carrera Convict Prison when three packets of cigarettes were found in his possession and a sealed carton of cigarettes on a table where he was subjected to the search.

The officer declared two packets of cigarettes and claimed an additional pack found in his bag, but stated that the sealed carton did not belong to him.

He was cautioned and officers of the Carenage Police Station were called in. They confiscated the carton of cigarettes for fingerprints and escorted Karim to the station where he is assisting with enquiries.

Commissioner of Prisons (Ag), Mr. Dennis Pulchan, stated that measures implemented to alleviate trafficking by officers will continue as they have proven extremely effective.

He lamented that their unlawful actions cast a negative image and put their colleagues at risk, but noted that rogue officers will feel the full brunt of the law when apprehended.

The Trinidad and Tobago Prison Service continues to adhere to its duty of care and places the safety and security of all as one of its major priorities.

Operations at performance spaces may be revised 0