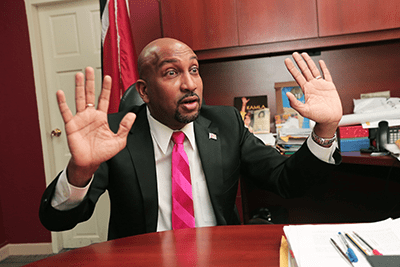 The Opposition says that the Government’s plan for Public Sector Safe Zones from January is an attack on Public Servants.
From mid-January, Government workplaces will require vaccinated workers.
Prime Minister Dr Keith Rowley made the announcement at a media conference at the Diplomatic Centre, St Ann’s on Saturday.
While there will be exemptions for those with medical issues, Dr Rowley said unvaccinated employees will be on leave and will be furloughed that is they will not be paid.
Opposition Senator Anil Roberts commented on the announcement.
Clip – ROBERTS 1

Loading...
Newer Post
Devant Maharaj commends the PM on decision on mandatory vaccs for public servants
Older Post
Heads of the Protective Services Associations not in support of any Constructive Mandatory Vaccination for employees

Fatal Accident: Woman knocked down by driver of the Archbishop’s official vehicle 0

Prison Officers Assoc. – Public should be educated and encouraged to take vaccine…not threatened 0