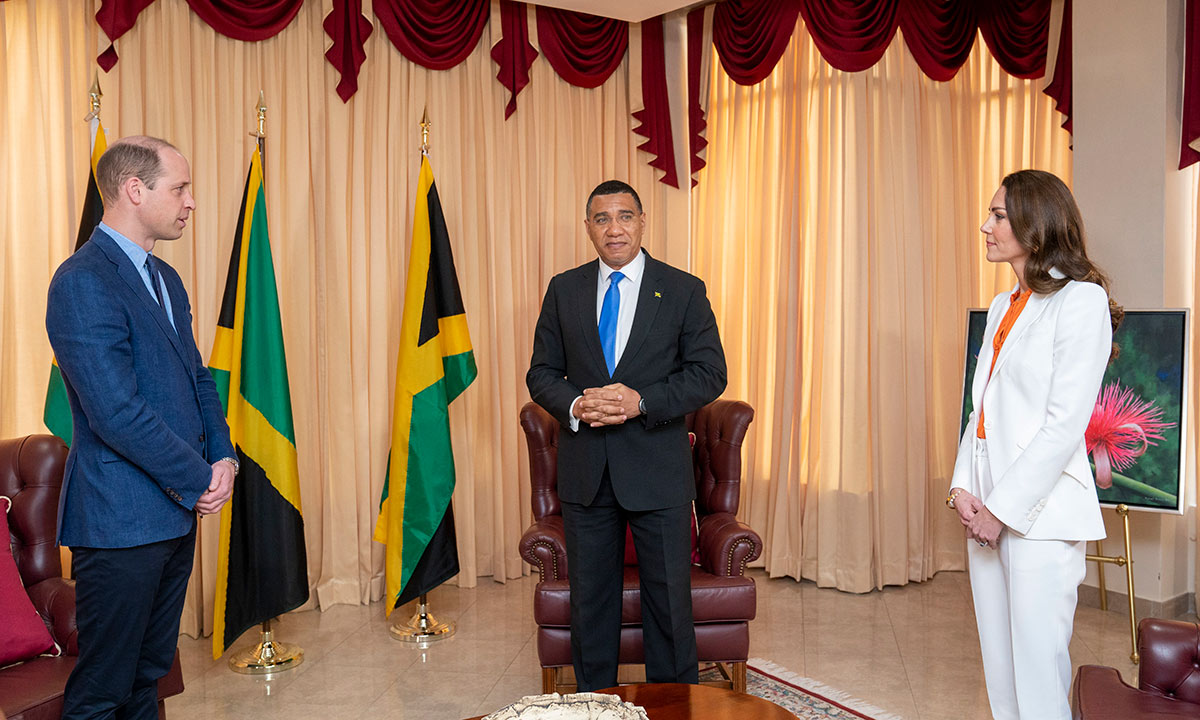 Andrew Hollness to Windsor Castle, “we are moving on.”

Jamaica’s Prime Minister Andrew Holness has sent a direct message to Windsor Castle that the island is ready to cut its ties to The Queen’s apron strings.

Holness declared “we are moving on,” during a conversation with the Duke of Cambridge, William, who was paying a courtesy call on him at the Office of the Prime Minister (OPM) in St Andrew on Wednesday.

If that happens, the former British colony would become only the second Caribbean island to sever relations with Queen Elizabeth II in recent years, with Barbados doing so in November.

The announcement comes a day after Ms Gullota and others joined a protest held hours before the royal couple arrived in Jamaica on Tuesday.

The visit of William and Kate forms part of celebrations marking the 70th anniversary (Platinum Jubilee) of the Coronation Queen Elizabeth II.

It also coincides with activities commemorating the 60th anniversary of the Jamaica’s Independence.

40-year-old man gunned down in Arima 0