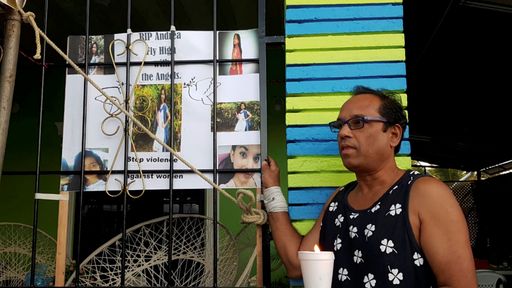 Randolph Bharatt, the father of murder victim Andrea Bharatt, will be on hand on Friday to sign a petition being launched by The Candlelight Movement.

The petition calls for a series of measures, including the use of non-lethal weapons and the fast tracking of firearm users’ licences for women.

A release on Monday stated that the petition will be targeting 100,000 signatures.

The Candlelight Movement will be launched by activists Philip Alexander, Ian Alleyne, Inshan Ishmael and others outside of Parliament on Friday.

Friday’s event will formally launch and facilitate a symbolic signing of the national petition between 7 and 10 pm.