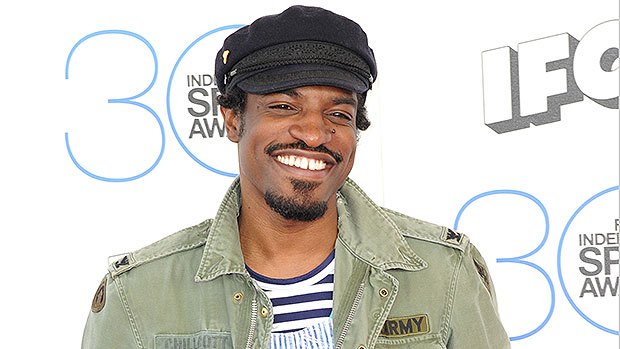 Andre 3000 distances himself from Kanye diss track aimed at Drake

Andre 3000 released a statement addressing a Kanye West diss track aimed at Drake in which he is featured on.

Things intensified on Saturday after Drake released a diss track – “Life of the Party,” that was supposedly dropped from the final Donda cut featuring Andre 3000 and Kanye West, who waylaid into Drake.

Apparently, the song was played at a private Donda listening party in Las Vegas but never made the cut until Drake released a version of the track during his DJ mix on Sirius XM on Saturday morning.

According to Andre 3000, the original track he wrote was more focused on honoring the spirit of the Donda album as he felt closer to the concept of the project, which was to honor Kanye’s late mother.

“A few weeks ago Kanye reached out about me being a part of the Donda album. I was inspired by his idea to make a musical tribute to his mom. It felt appropriate to me to support the Donda concept by referencing my own mother, who passed away in 2013. We both share that loss. I thought it was a beautiful choice to make a clean album but, unfortunately, I didn’t know that was the plan before I wrote and recorded my verse. It was clear to me that an edited ‘clean’ format of the verse would not work without having the raw, original also available. So, sadly, I had to be omitted from the original album release,” he explained in a statement via Complex.

However, Andre 3000 continued that he was disappointed in how the track was released and did not include a Kanye diss verse.

“The track I received and wrote to didn’t have the diss verse on it and we were hoping to make a more focused offering for the Donda album but I guess things happen like they are supposed to. It’s unfortunate that it was released in this way and two artists that I love are going back and forth. I wanted to be on Certified Lover Boy too.”

The rapper added that he didn’t want to be caught up with the beef between Ye and Drake and noted that “I just want to work with people that inspire me. Hopefully I can work with Kendrick on his album. I’d love to work with Lil’ Baby, Tyler and Jay-Z. I respect them all.”

Drake and Kanye have been locked in a tiff fans are calling manufactured beef as the rappers go head to head over the release of their respective albums days apart.

Both Kanye with his Donda and Drake with his Certified Lover Boy were delayed as the rappers appeared to play chess in releasing them.

Leading up to the album releases, both Kanye West and Drake threw shots at each other. Drake’s first shot was via a collab with Trippie Redd “Betrayal,” in which he called out Kanye.

Kanye West later responded on social media with a now-deleted post of a group message where he appeared to threaten to sic Pusha-T on Drake.

“I live for this. I’ve been fucked with by nerd ass jock n****as like you my whole life. You will never recover. I promise you.” He then added Pusha-T to the group chat, and later in a separate post, he shared Drake’s address.

Drake has been everything but mum on Kanye’s shots and responded via ‘Certified Lover Boy’ , which was released on September 3.

In the track- “7 a.m. on Bridle Path,” Drake told Kanye: “Give that address to your driver, make it your destination / Instead of just a post out of desperation.”

Kanye for sure responded, but the track was apparently not to be released as a diss track.

Andre 3000’s verse on the song had remained untouched but it seems that Kanye used the heavyweight rapper to win his lyrical beef with Drake.

In the song, he notes, “I put Virgil and Drake on the same text / And it wasn’t about the matching arc’teryx or Kid Cudi dress / Just told these grown men stop it with the funny sh*t.”

He continued, “told Drake don’t play with me on GD / And he sent that message to everybody / So if I hit you with a ‘WYD’ / You better hit me with, ‘Yes sir, I’m writing everything you need.’”

It’s unclear how Drake got a hold of the song, but Kanye is yet to respond.