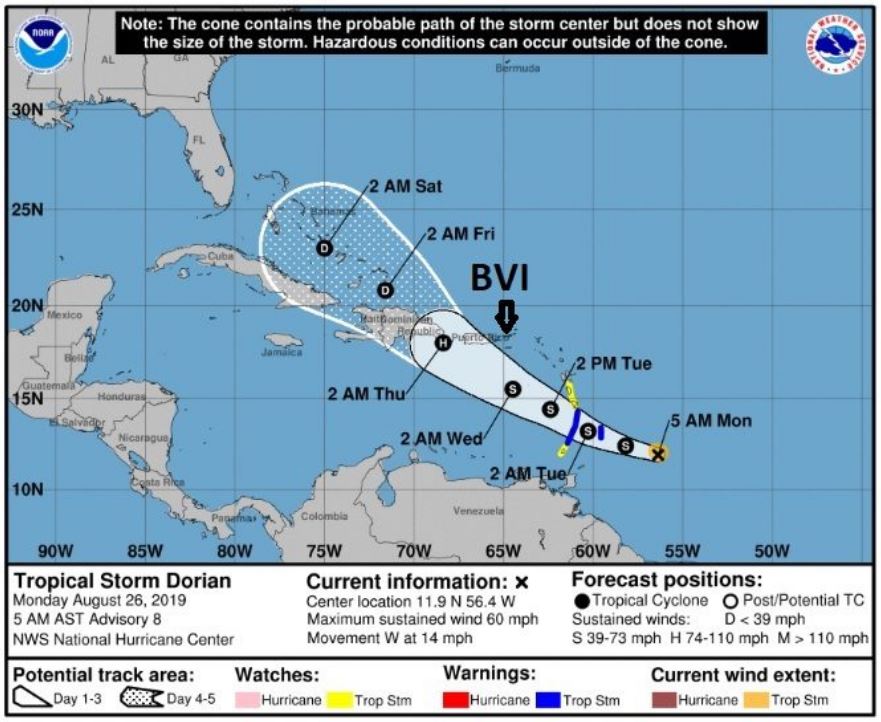 An IzzSo exclusive on Tropical Storm, Dorian – a look at our BVI neighbours

The people of the British Virgin Islands are accustomed to hurricane season activity.

Just two years ago they were severely impacted by Hurricanes Irma and Maria which hit two weeks apart.

IzzSo spoke exclusively to a citizen in the BVI on the developments of Tropical Storm, Dorian who said that there is a very well organized Department of Disaster Management, and a structure for response.

As is normal, most citizens would have started monitoring the system since it formed and was named a few days ago.

Based on reports from international weather agencies, the centre of the storm was placed further south and we were told to expect some rain and squalls from late yesterday afternoon, which would clear up overnight.

However, last night, the international agencies realized the storm was 60 miles further north than they were initially reporting, and this brought it closer to the BVI.

They are experiencing bouts of strong gusts and heavy rains this morning.

Everyone has been urged to stay indoors and to take precautions.