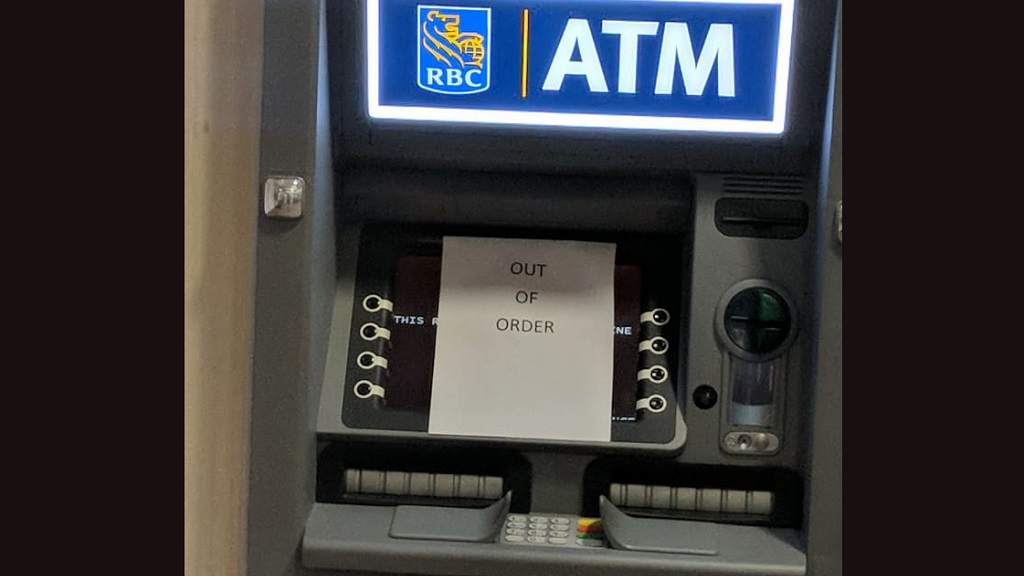 An ATM Machine belonging to RBC Bank was robbed on Sunday morning, and an estimated $1.3 million in cash stolen.

Reports state that at around 9 am Sunday, a manager of RBC received a report from the Electronic Response Officer of unusual activity at an ATM Machine at one of their branches.

Upon arriving at the scene at about 10 am, the manager reportedly opened the ATM room and observed the two machines cut open and cash trays on the floor.

WPC Parks of the St Clair Police Station visited the scene and observed that entry was gained through a hole on the western side of the building, with the exit via the same point of entry.

Cameras at location were non-functional at the time, therefore police were unable to be assisted by any CCTV footage.