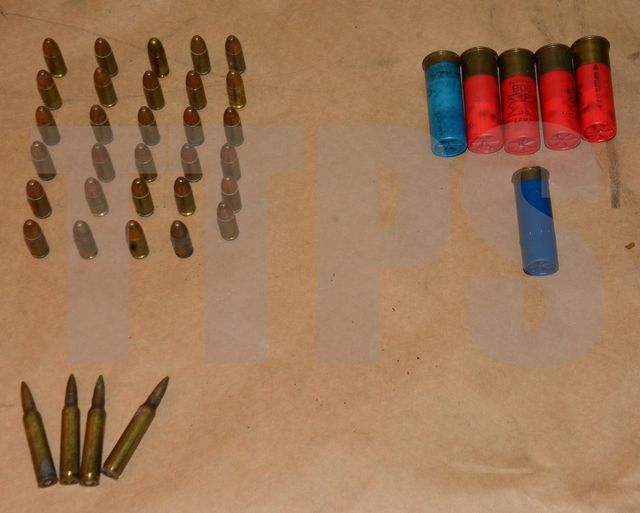 Based on information received regarding a cache of weapons located at an abandoned building in Mt St George, officers proceeded to Village Street. A search was conducted and a black plastic bag containing the ammunition was found. No one was arrested.

The exercise, which was conducted between the hours of 6.15 am and 7 am was coordinated by Snr Supt Anand Ramesar and ASP Joseph. It was spearheaded by Sgt Stewart and supervised by W/Sgt George. It also included PC Ferguson and officers from the Tobago Divisional Task Force and the Canine Unit.
Enquiries are continuing.

Temporary traffic disruptions on the Uriah Butler Highway from Monday 0

No shortage of livestock feed on the local market 0