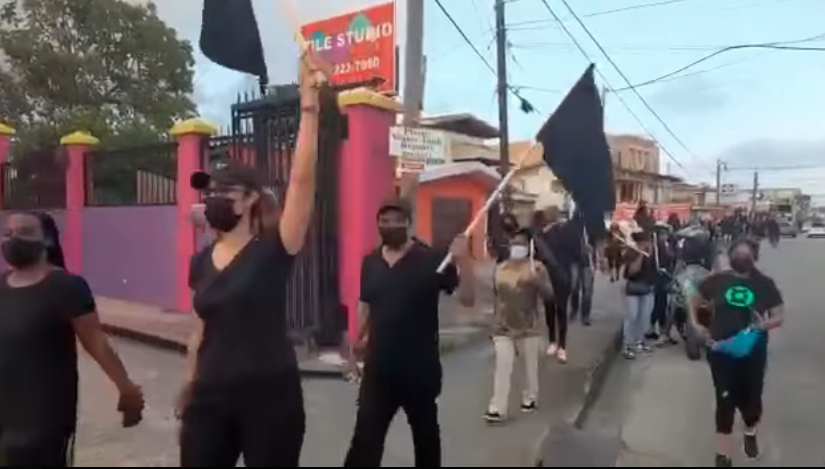 She made the call on Saturday, as she marched with over 100 people in a silent march in Tacarigua, against the government.

Wearing black clothing and armed with black flags, Ameen and her followers walked from the Eddie Hart Savannah, along the Eastern Main Road and back to Macoya in the PNM-controlled Tunapuna constituency.

Ameen said the protest was organised in defence of the people, adding “we will continue to show this government we are not afraid.”

She said: “We are law-abiding citizens, we are observing all Covid protocols, we are walking single-file to send a message that we are not afraid to stand for democracy.

“I urge TT to join us as the October Revolution has started. Join us.”

Unless changes made, unions not returning to NTAC – says Annisette 0