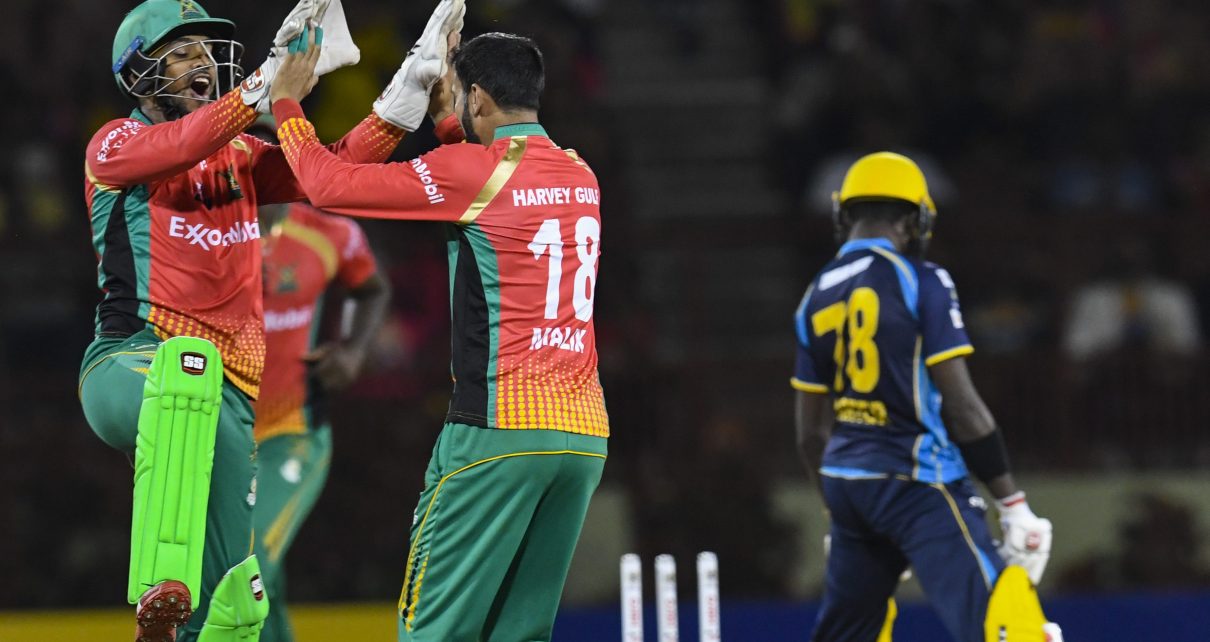 Unbeaten leaders Guyana Amazon Warriors brushed aside Barbados Tridents by 12 runs under Duckworth-Lewis-Stern in a rain-hit affair, to reach the Caribbean Premier League playoffs with four games left in the preliminary round.

Chasing a meager 139 at Kensington Oval, Amazon Warriors were cruising at 77 for two after 10 overs when rain drove players from the field.

When play resumed 1-¼ hours later, the visitors faced a revised target of 97 off a further four overs but only another six deliveries were possible before the rains return returned.

By that time, Amazon Warriors had reached 81 for two to be well ahead of the par score of 69, carrying their record to a perfect 6-0 for the season.

They were fired by opener Brandon King whose unbeaten 51 came from 34 deliveries and included five fours and three sixes.

He put on 61 off 43 balls for the opening stand with Chandrapaul Hemraj who blasted a couple of fours and a six in a 23-ball knock before knocking a return catch back to 19-year-old Nepal leg-spinner Sandeep Lamichhane in the eighth over.

When Shimron Hetmyer top-edged a sweep in the following over and was caught and bowled by left-arm spinner JP Duminy for two, Tridents were fancying their chances of a comeback but rain ultimately dashed their hopes.

Tridents had only themselves to blame earlier when they were dismissed for 138 in the final over, after being sent in.

South African Duminy top-scored with a patient 38 off 32 deliveries while Englishman Alex Hales, who struck a half-century for Nottinghamshire in a losing cause in the semi-final of the England T20 Blast in Birmingham 24 hours earlier, made 24 off 15 balls.

Tridents were looking in decent shape, however, at 63 for two in the seventh before suffering a dramatic collapse that saw them lose eight wickets for 75 runs.

Tridents had a rocky start, losing Johnson Charles (11) and Justin Greaves (11) cheaply to slip to 32 for two in the fourth over before Duminy and Hales combined in the most productive stand of the innings by adding 31 for the third wicket.

Duminy struck a couple of fours and sixes while Hales counted two fours and a six as Tridents lifted their run rate to 10-½ an over at the end of the sixth over.

But Tahir got the breakthrough, having Hales holing out to Hetmyer at mid-wicket at the start of the seventh over and in the same over with one run added, Jonathan Carter missed one on off-stump and was adjudged lbw without scoring.

At this stage, Tridents needed a crucial partnership but captain Jason Holder (2) holed out in the deep in the 10th over and Duminy struggled before finally perishing in the 18th over, pulling Green to deep square to be eighth out.