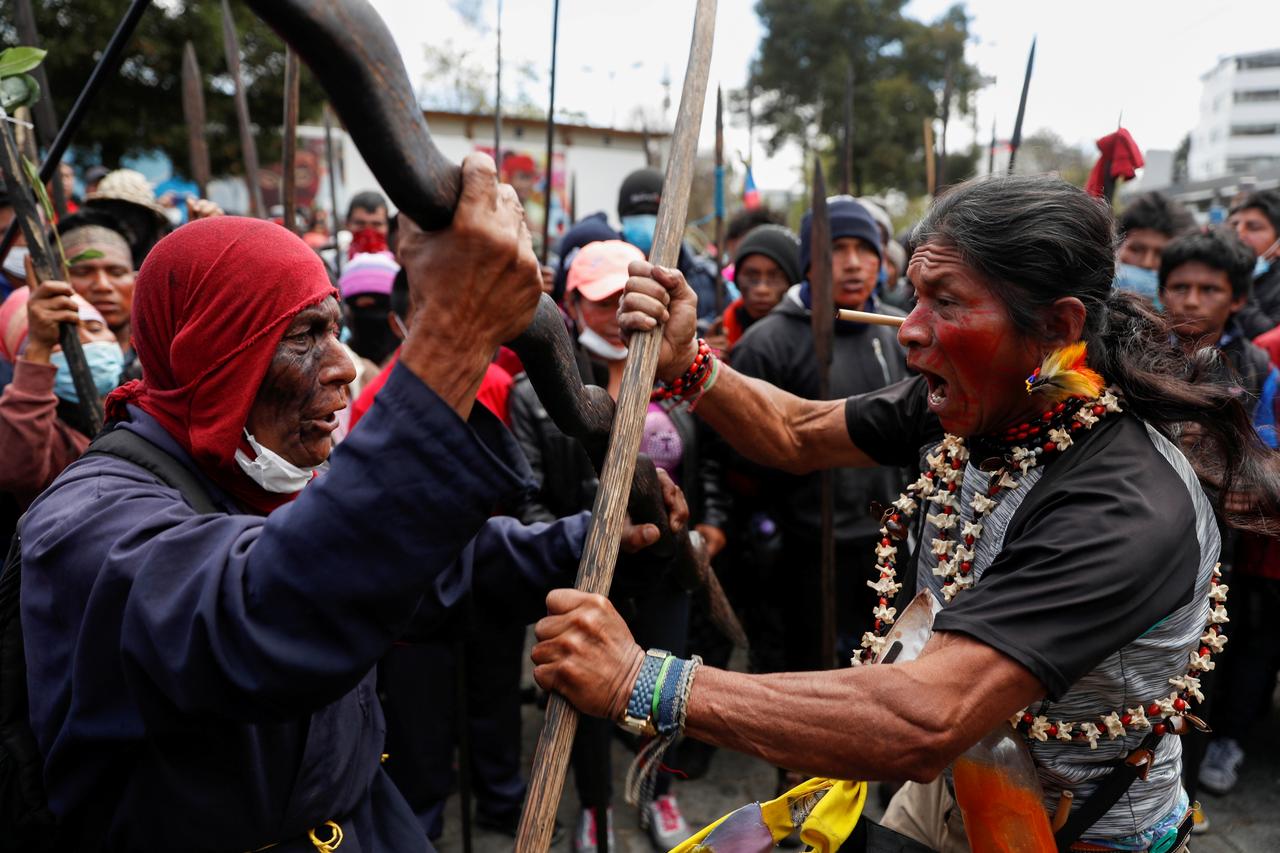 Thousands of indigenous representatives from the Amazon region joined anti-austerity protests here on Friday, amid bleak prospects of hopes for talks between protest leaders and the government.

Thousands arrived in the capital city late Thursday and early Friday as union workers and others gathered to join the protests, said the Confederation of Indigenous Nationalities (CONAIE), the largest indigenous organization in Ecuador.

Romo also confirmed the release of 10 police officers who were held hostage by CONAIE.

The government announced the elimination of fuel subsidies on Oct. 1, as part of an austerity package designed to reduce the public deficit in keeping with a 4.2-billion-U.S.-dollar loan deal with the International Monetary Fund.

The unrest has already led Moreno to relocate his government to the coastal city of Guayaquil.

US Female Gymnast Simone Biles is Now the Greatest Ever 0