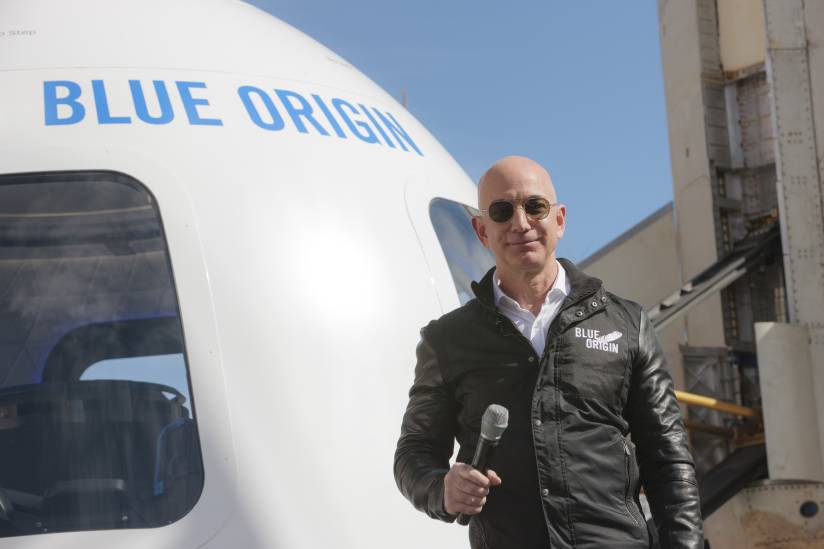 The Amazon founder Jeff Bezos has said he will fly to space with his brother on the first human flight launched by his space company, Blue Origin.

In an Instagram post, Mr Bezos said space flight was something he had wanted to do “my whole life”.

Blue Origin is also auctioning off a seat in the capsule, for someone who will join the pair on the inaugural manned flight.

Jeff Bezos is one of the world’s richest people.

“On July 20th, I will take that journey with my brother,” he wrote in the Instagram post. “The greatest adventure, with my best friend.”

Mr Bezos’s brother Mark called it a “remarkable opportunity” in the video.

Bidding for a seat on the New Shepard – the name of the Blue Origin vehicle – had reached $2.8m when Mr Bezos announced his plan to take the flight. The auction concludes on 12 June.

The New Shepard booster can land vertically on the ground after returning from space.

According to Blue Origin’s website the company plans to launch its passengers more than 100km (62 miles) above the earth’s surface, allowing them to experience microgravity.

The first manned flight comes just two weeks after Mr Bezos plans to step down as CEO of Amazon.

Instead he will serve as executive chairman of the e-commerce giant he first founded 30 years ago in his garage, allowing him “time and energy” to focus on other ventures.