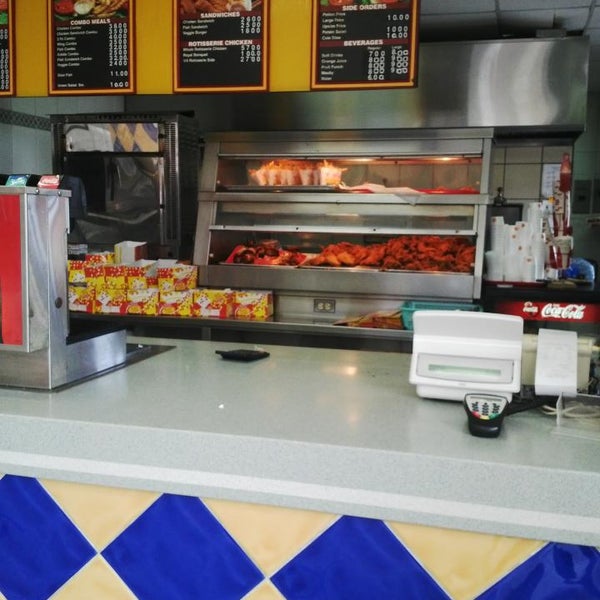 In a release issued this afternoon the union said –

“Since the nation’s first locally-owned fast-food chain, has been temporarily closed since May 16th in accordance with national Coronavirus public health regulations and the State of Emergency.

All daily-rated staff workers who prepare, cook and assemble meals, and operate cash registers, have been sent home without pay since then.

However, according to recent published reports in print and social media, Royal Castle is providing food for sale to the public via other means, including a ‘Grab and Go’ prepackaged option announced on the C3 Centre’s Facebook page in April, and at the Fresh Street supermarket in D’abadie [“Royal Castle goes on sale at one location:

Such food is clearly being provided without the input of its regular workforce, and these measures were never discussed with nor consented to by the Amalgamated Workers Union, which represents Royal Castle’s daily- paid workers nationwide.

Following the extension of public health restrictions announced on May 22 , the Union wrote Royal Castle on May 26th to engage the Company on how it would treat with the very same workers who have contributed to the survival of the chain during the entire, unprecedented pandemic period.

The Union also specifically sought clarification on the means by which the Company is providing Grab and Go meals to the public without the input of its union workforce or without any prior consultation with the workers’ official representatives. The Company’s reply was: “A response will be forwarded to you in due course”.

That is not acceptable – either under a pandemic, a State of Emergency, or at any time.

While the Union acknowledges the importance to the public of comfort food options under pandemic conditions, we cannot forget the important national interest served by keeping workers at work where possible. Like any other employer in Trinidad and Tobago, Royal Castle Limited falls under the jurisdiction of the law – including the Industrial Relations Act, our Constitution, and prior decisions of the Industrial Court – as well as international fair labour standards.

Further, the Company is a unionized workplace, with clear duties imposed upon both company and union to respect and abide by the registered collective agreement between the parties, and to consult and negotiate in good faith on matters affecting the terms and conditions of employment of its workers in our bargaining unit.

If in fact the Company has proceeded with procuring alternative means to provide its food to the public while bypassing its workers and their Union, these would constitute serious breaches of the collective agreement and violations of the law. These could include illegally outsourcing or subcontracting labour, failing to recognize and treat with the Union, and even illegal retrenchment.

Royal Castle workers earn barely above the minimum wage, and are already some of the country’s most disadvantaged and vulnerable workers. The AWU is therefore calling on Royal Castle to publicly clarify, within the next 24 hours, how it is providing the public with food under the Royal Castle label while its workers are forced to suffer a pandemic at home, without pay. If the Union does not receive a timely response, we will have no choice but to seek the Industrial Court’s immediate intervention in the protection of our members’, and the nation’s, interests.

The Union further calls on all employers and workers to unite, in these difficult times, in a spirt of disciplined cooperation in following the government’s public health and emergency guidelines, to ensure that we can all return to safety and normalcy without sacrificing our most precious and hard-fought rights of fairness, justice and equity in the workplace.”

CoP: Citizens should refrain from inciting others to break the law – No Permission granted for planned Motorcade 0