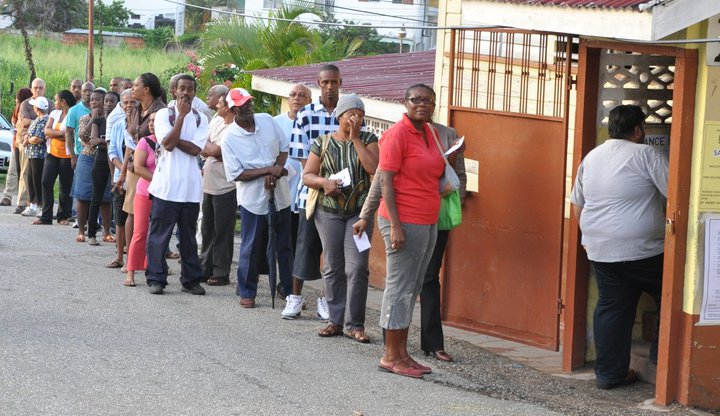 Employers are today being warned against restricting their employees from taking the time off to vote for Local Government Elections on December 2nd.

Public Information Officer, Supt. (Ag.) Wayne Mystar speaking at the TTPS Media Weekly Briefing this morning said that any employer found guilty of intimidating a citizen or tampering directly or indirectly with their time off to vote on Election Day can face up to 30 years in prison.

Supt. (Ag.) Wayne Mystar also reminded the general public that anyone who is not entitled to vote and if found in breach of the law will be dealt with in accordance with the law.

Arrival of the ‘Buccoo Reef’ at the Port of Scarborough 0

Privileges Committee: Mark did not abuse privilege of freedom of speech 0