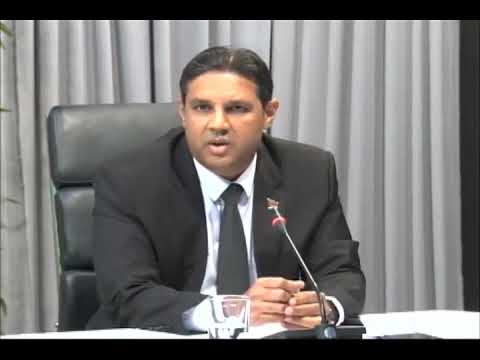 All protocols followed on lone patient with new Covid strain

Chief Medical Officer Roshan Parasram says that all protocols were followed as it pertains to the national who tested positive for the COVID-19 Variant.

He said the patient returned to Trinidad and Tobago from the United Kingdom.

During a Covid Update this morning Dr Parasram said as per existing quarantine protocols, the national provided a negative P.C.R. test which was taken seventy-two hours prior to departure from the United Kingdom.

He also indicated that travellers who came in on the same flight as the patient were also quarantined according to established protocols.

Two charged and two others held for firearm-related offences 0

Fatal Accident: Woman knocked down by driver of the Archbishop’s official vehicle 0