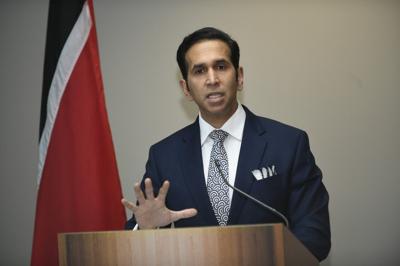 Municipal police officers may soon be given a bigger part to play in the fight against crime.

Speaking at the TT Association of Local Government Authorities’ Municipal Police Capacity Development Programme at the Trinidad Hilton, St Ann’s, on Saturday, Al-Rawi revealed that he intends to bring reform to the municipal police by expanding their role to fight crime and making them more accountable.

There are over 700 municipal police officers and Al-Rawi said the plan is to have that number increased to 1,500 by September.

He also pointed out that the ministry was in the process of computerising and digitising, and generally introducing technology to the corporations.

Al-Rawi said he also intends to use geo-tracking technology to identify and allocate workers and assets to decrease response time and change the municipal boundaries.

He said the most important things in local government reform were having full-time councillors, aldermen and mayors; making the CEOs and corporations work in tandem; and giving the municipal police the ability to contract their own people and fill positions.

“If we connect the law and the processes to the people, we begin to have reform.”