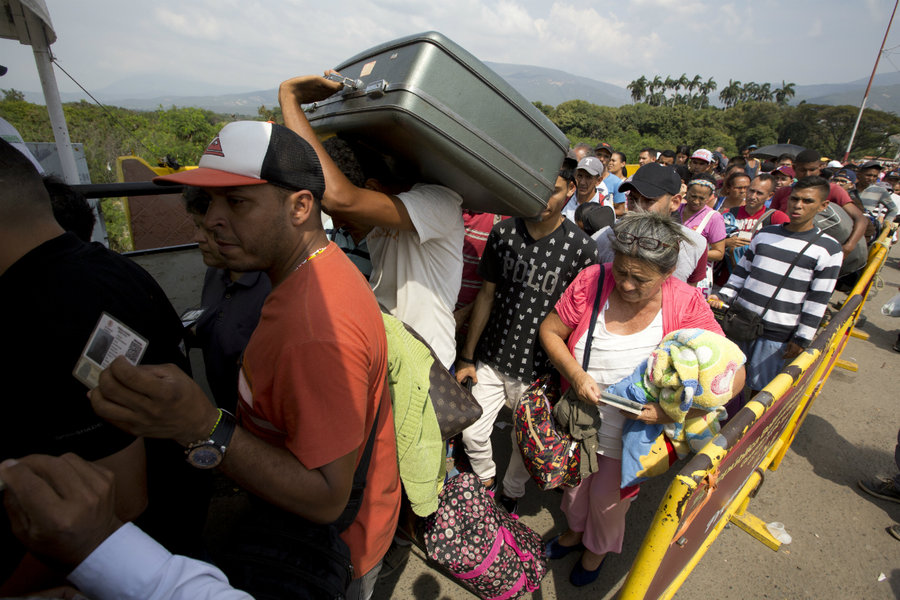 Aircraft scheduled to take Venezuelans back to their homeland

Minister of National Security, Stuart Young, says diplomatic progress has been made and at 6pm an aircraft is scheduled to take Venezuelans back to their homeland as part of repatriation exercise.

Minister Young gave the update during the question and answer period in the House of Representatives this afternoon.

In a media release on Thursday the Ministry of National Security said it reached out to the United States Embassy in Port of Spain to seek guidance and will work with the Ministry of Foreign and CARICOM Affairs, with respect to the possibility of a future repatriation exercise by the Venezuelan Government.

The Ministry of National Security said it granted preliminary approval for this repatriation exercise as it was seen as a humanitarian effort by the Government of Venezuela.

The Ministry said all arrangements were made by Venezuela.

It said when the details were provided of the aircraft the Venezuelan Government was proposing to use to repatriate approximately one hundred Venezuelan nationals, it was discovered the aircraft was amongst those sanctioned by the United States of America.

The Ministry said unfortunately in those circumstances, the Ministry of National Security could not grant approval for the aircraft to come to Trinidad and Tobago.

In the parliament this afternoon Minister Young provided the latest update on the matter.