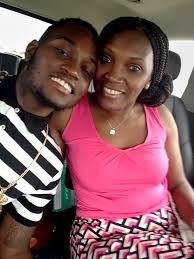 Ahmaud Arbery’s mother to cheering crowd “thank you to those who marched, my son can rest in peace”

Wanda Cooper-Jones, the mother of Ahmaud Arbery, spoke out on Wednesday (November 24) after all three defendants in his murder case were found guilty.

Cooper-Jones told a cheering crowd outside of the Brunswick, Georgia courthouse, “It’s been a long fight. It’s been a hard fight, but God is good. To tell you the truth, I never saw this day back in 2020.

She said “I never thought this day would come, but God is good. And I just want to tell everybody, thank you. Thank you to those who marched…most of all the ones who prayed. Thank you. Now ‘Quez’ — which you know him as Ahmaud, I know him as ‘Quez’ — he will now rest in peace.”

Works Ministry to undertake maintenance works on the UTurn System 0