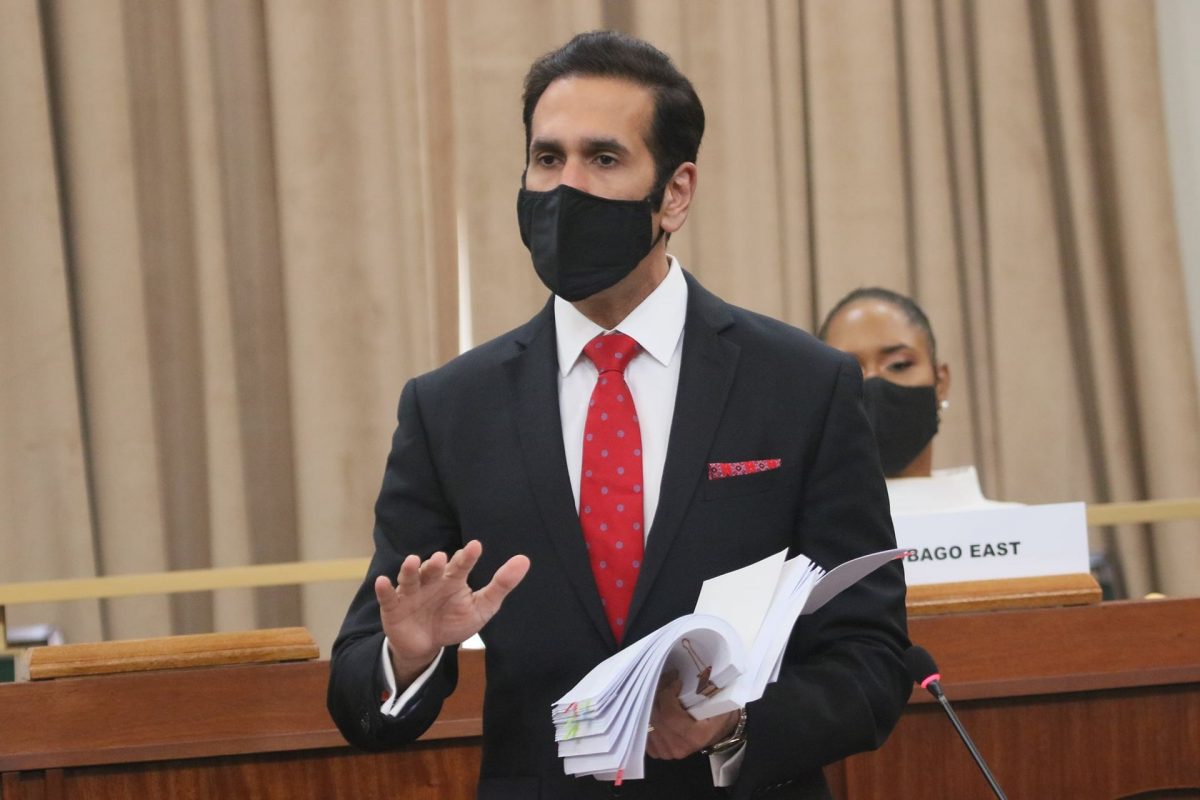 The contentious Anti-Gang bill was passed in Parliament yesterday without the Opposition United National Congress.

The Government blamed the Opposition for forsaking its obligation to the public where banter on the bill and questions on public issues were concerned.

At the point when opportunity arrived for the Opposition’s inquiries for Government to answer yesterday , Deputy Speaker Esmond Forde, confronted with void Opposition seats, said the inquiries would slip by. (C BX).

Attorney General Faris Al-Rawi who steered the Anti-Gang bill said, ““In my 11 years in Parliament ‘I’ ve never witnessed the non-attendence of an Opposition…not one member of the Opposition had the courtesy to even inform why they’re not here to do the people’s business!”

The bill, targetting packs was passed in the Senate as of late. After commitments from Government MPs alone, its 20 conditions were passed with Government votes. It will currently proceed to become law less Opposition input yesterday.

During banter Al-Rawi prepared his verbal weapons on Opposition Leader Kamla Persad-Bissessar, “She’s employing a training that TT should be misled into tumult and ruin and individuals should endure under the heaviness of crime so the UNC can succeed,”

“The Opposition in their contempt for the people, fiddled while lives are being lost but turned up to pretend to care when people were alleged to have abducted daughters of this country who end up murdered and bodies dumped; one found with their bankcard, one a driver, an alleged rapist! And Siparia (Persad- Bissessar) has the audacity and bold-facedness to tell the Opposition not to turn up in Parliament today – shame on you Siparia!”

On the Opposition’s COVID concerns, he said he hadn’t seen the Prime Minister in weeks however he addresses him day by day.

“I witnessed him at his age and in these (Covid ) circumstances undertake a marathon of a Cabinet (Thursday). He did Caricom duties and dealt with energy giants – isn’t he permitted a day off under his circumstances? But Kamla isn’t here….”

He said she’s driven in an administration vehicle, gets a similar compensation as Rowley, gets more than him in benefits, with workplaces paid for by citizens.

Al-Rawi said Persad Bissessar’s been trying to get annuity, tip and privileges, “She’s not qualified for, yet she can’t turn far from being obviously true.”

On the bill he added, “I am sorry for the deceitfulness, trickery and craftiness of the Opposition and their chief who should assume liability for this. For each youngster killed, each individual savaged by group movement, I say look to Mrs Persad-Bissessar on why these people haven’t had assurance!”

Al-Rawi said there was no taking cover behind counterfeit grins and appeal and “….Pretending you’re the mother of this country when you can’t turn up here to care for against pack law arrangement to secure kids – remain quiet about your fake tears Siparia MP, don’t amuse TT with bogus consideration and guarantee. On the off chance that you were not kidding on bettering individuals’ lives, you’d be here to help the law.”

He said Government expected to alter the bill further, analyzing jail detainment,” This Government will think right out of the monkey pants the UNC’s brought here.”