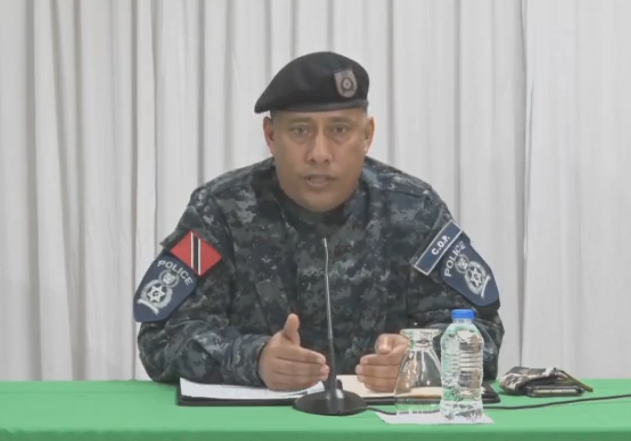 Acting Police Commissioner, Gary Griffith is requesting that the Police Service Commission’s suspension by letter dated September 17, 2021 be withdrawn immediately on the ground that it is illegal, irrational and in breach of the rules of natural justice, null, void and of no legal effect.

In a letter dated today and addressed to PSC Chairman, Bliss Seepersad, Griffith wrote:
“I acknowledge receipt of your letter dated September 17, 2021. It is to be noted that the Commission has made it clear that it purports to act in the interest of the Police Service and in the public interest, in requiring me to cease with immediate effect, my reporting for duty until further notice. In this regard, I wish to say at the outset, that the Commission has thereby unequivocally bound itself to the narrow jurisdiction of acting in the public interest and in the interest of the Police Service. It is noteworthy that you have confined your requirement of representations, only to the decision to suspend.”

Griffith added: “In order to fulfil my duty to assist the Commission to provide an adequate response and, given the fact that this is being done in circumstances in which I have not been provided with any particulars of any allegation or evidence against me in my conduct as Commissioner of Police (‘COP’), it is necessary to refer to your letter dated September 1st 2021, in which you informed me that the Commission was initiating an investigation into the allegations of:
(1) corruption in the issuance of Firearms Users Licenses;
(2) the handling of the reported incident at sea involving the head of the legal unit of the TTPS and that the Commission held the view that those matters touch and concern corruption and or impropriety in the Trinidad and Tobago Police Service and should be investigated.”

Since receiving your said letter of September 1st 2021, I have been contacted by Justice John on several occasions and I have (1) provided all assistance which he requested (2) given him access to all relevant information which he required (3) facilitated him in interviewing any police officer he wished and (4) allowed him access to all records he required. However at no time did he make, or ask me to respond to, any allegations whatsoever against me or the performance of the functions of my office.

Indeed, this is plain having regard to the last correspondence which I received from the Honourable Justice Stanley John (Ret.), dated September 18, 2021, a copy of which I attach hereto for your ease of reference and which is marked ‘A’.

In that letter Justice John states “I wish to reiterate that my remit does not involve an investigation into your good self as COP (Acting) …”. This is indeed self- explanatory. However, it would be plain and beyond doubt to anyone reading that letter, that I as COP, am not under any investigation by Justice John.

Justice John, in the said letter, has informed me that the remit of his investigation does not include an investigation into me as COP. As such, the entire basis upon which the Commission purported to act and exercise the power of suspension has been wholly, entirely and irretrievably undermined.

In the circumstances, I call upon the Commission to withdraw immediately, the letter of suspension, because on its face, having regard to the contents of the Stanley John letter dated September 18 2021, same has been shown to be null and void and of no effect.

The members of the Commission, having regard to the facts and circumstances have a duty in their personal capacity to ensure that a decision is taken by the Commission to withdraw the suspension.

Based on the legal advice I have obtained, unless the Commission withdraws this letter by Sunday 19, September 2021 at 12 noon, an application for judicial review will be filed against the Commission for the Court to declare the suspension null, void and of no legal effect and for the Court to grant interim relief to stay the suspension until such time as the claim is determined by the High Court. In the event that it becomes necessary for me to apply to the High Court for relief, please treat this letter as a Pre-Action Protocol Letter issued in compliance with the provisions of the Civil Proceedings Rules 1998.

Ashanti to be laid to rest today while her alleged killer appears in court; How did we get here? 0