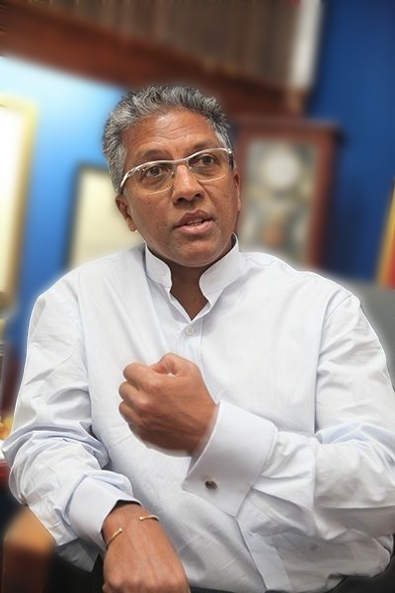 Attorney General Reginald Armour, SC, has admitted that his role in the Brian Kuei Tung case was more than he recalled.

He made the admission in a statement yesterday but insisted that he never attempted to mislead the court in any way.

In the statement, Armour sought to explain what led to him being disqualified as this country’s representative in a multi-million dollar civil asset forfeiture case in a Miami court, last month, against Piarco airport corruption accused Brian Kuei Tung.

In an affidavit, in response to a motion by Kuei Tung to strike out the US lawsuit, AG Armour claimed he played a minimal role as the defendants’ lawyer in TT, which was limited to, “legal research and taking notes.”

AG Armour added that he signed the affidavit based entirely upon his best recollection and emphasized that he was attempting to recall events which had occurred more than a decade prior.

Armour claimed that while on vacation with his family in Europe, he was asked to urgently sign the affidavit and did so accordingly.

He insisted he accurately represented what he remembered of his involvement in Kuei Tung’s case in the affidavit.

The AG explained that when he later realised the extent of his involvement in the defence of Kuei Tung in the local case, he attempted to correct the record but was never given the opportunity to do so.

Armour said when he realised his role in Kuei Tung’s defence was “more extensive” than he previously remembered, he contacted acting AG Al-Rawi so he could file another affidavit to correct the record.

He claimed that he even suspended his holiday, so as to be available on the day of the hearing of the motion but the opportunity to file an affidavit correcting the record was never afforded to him.

Armour said the US judge made the ruling to disqualify on the basis of a rule which required automatic disqualification irrespective of the level of his involvement in Mr Kuei Tung’s defence.

The judge’s disqualification ruling is currently being appealed.

Armour now faces possible motions of censure from the Opposition, filed in the Parliament, while a group of attorneys has petitioned the Law Association to call a special general meeting to investigate allegations of a possible breach of the code of ethics of the Legal Profession Act as a consequence of the May 2 ruling in the US court.

No Bail For Woodland Man Charged With Possession Of Marijuana. 0