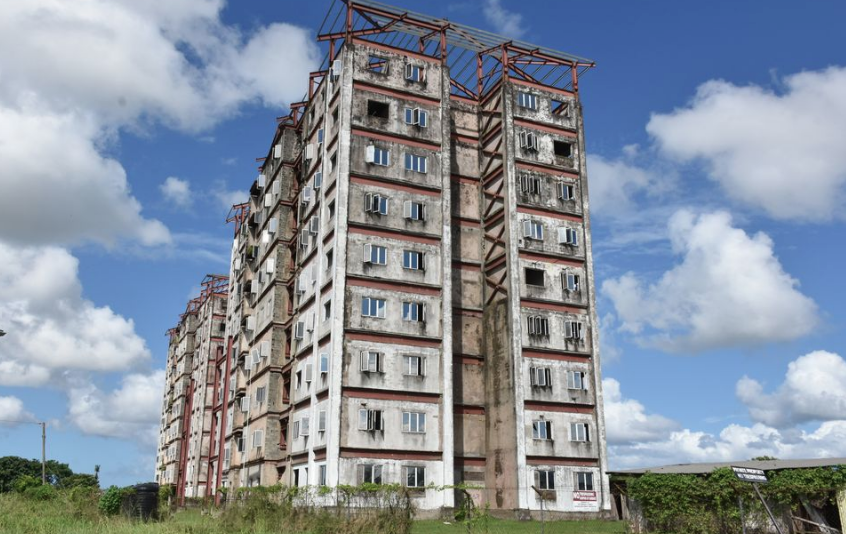 Government intends to complete the construction of the Edinburgh Towers in Chaguanas by early 2022.

This revelation, which was made by the Minister of Housing and Urban Development Pennelope Beckles on Monday, comes 15 years after the building’s construction was started by the Housing Development Corporation.

Beckles announced the resumption of the project as she distributed keys to new homeowners at Riverside North in Corinth yesterday.

The Edinburgh Towers started in 2006 at a cost of $140 million but stalled in 2011 due to design flaws and missing approvals.

The towers later incurred a massive $87.7 million in variation.

HDC chairman Noel Garcia said “At that time, we were getting a cost of approximately $700,000 per unit to finish, which worked out to be somewhere in the vicinity of $850 million. Through the efforts of HDC and collaboration with the small and medium-sized contractors, we have gone out for competitive bidding and we anticipate to bring each one of those units at a final cost of approximately $475,000.”

Garcia and Beckles said the HDC now has the necessary approvals and once completed, the two 10-storey apartment buildings will have an expected yield of 140 apartments.

Garcia said “The original plan was to have it completed and put on the open market for sale. But… the Government’s focus is on affordable housing reaching that class of workers or clients, who fall into that bracket of between $5,000-$9,000 per month.”

The HDC anticipates applicants can acquire these homes on a rent-to-own payment plan, with the two-bedroom units costing $1,200 and the three-bedroom, $1,500 per month.