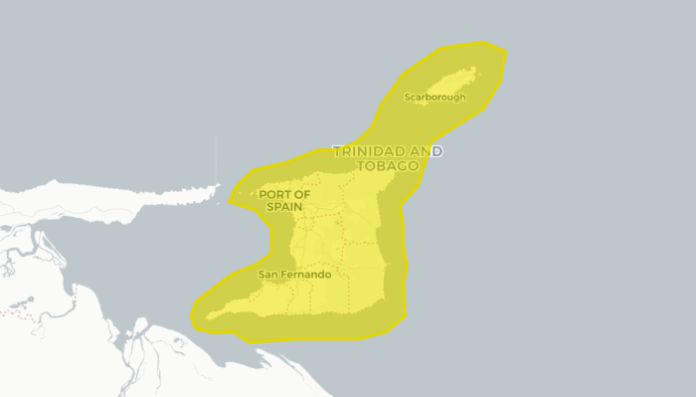 In an update, it says rainfall activity of varying intensities will continue periodically, with the high chance (80%) of isolated to scattered thunderstorms.

The threat of street/flash flooding will be present during these periods.

There is also the possibility of gusty winds in excess of 45km/hr in the vicinity of heavy showers and thunderstorms.

The weather is due to a Tropical Wave which the National Hurricane Centre says has not become better defined.

It is expected to move west-northwest and has a limited amount of time remaining for development before upper level winds become less favourable by Thursday.

‘Litter-bug’ made to hold “I must not litter” sign 0