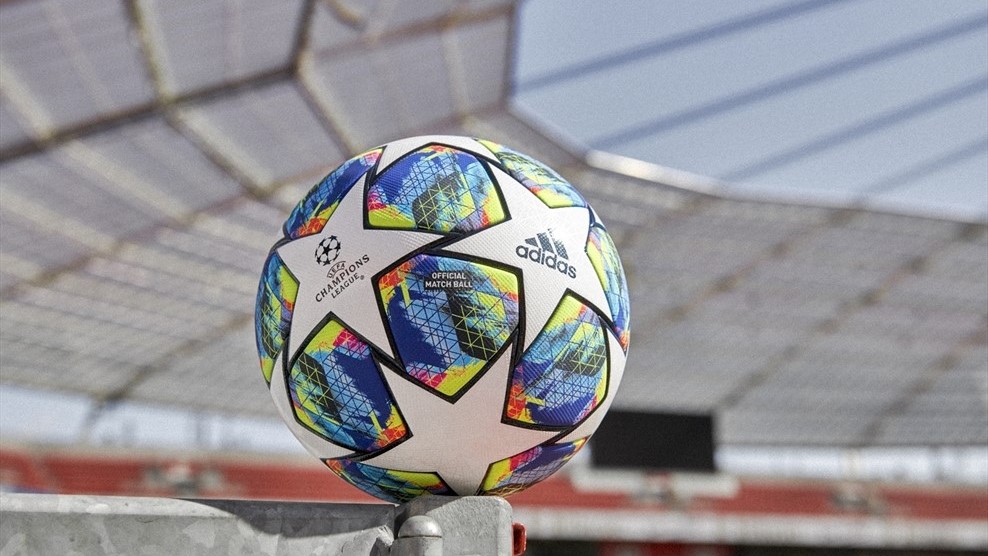 Adidas Reveals the Official Ball for the UEFA Champions League

The new official match ball for the 2019-20 UEFA Champions League group stage has been unveiled by Adidas. Carrying on from the success of last season, the striking design features a new reverse colour block, with an updated graphic that takes inspiration from the passion displayed by players and fans from around the world, UEFA has stated in a Press release.

The reverse colour block means the base of the ball is now a bold multi-coloured design incorporating traditional colours from the UEFA Champions League as well as those seen across stadiums worldwide.

A blend of blues, fluorescent oranges and yellows make up the colour scheme for year’s ball. The famous stars of the ball are now bigger in size with solid white and bold black outlines.

The texture of the ball is seamless and thermally bonded. This helps to increase accuracy for the players, giving a truer touch when receiving a pass. The ball also has a low water uptake and textured surface which further helps to optimise performance.

This ball will be used for the group stage only, with Adidas releasing a new official match ball for the knockout stages in early 2020. This season’s UEFA Champions League final will take place in Istanbul on May 30.