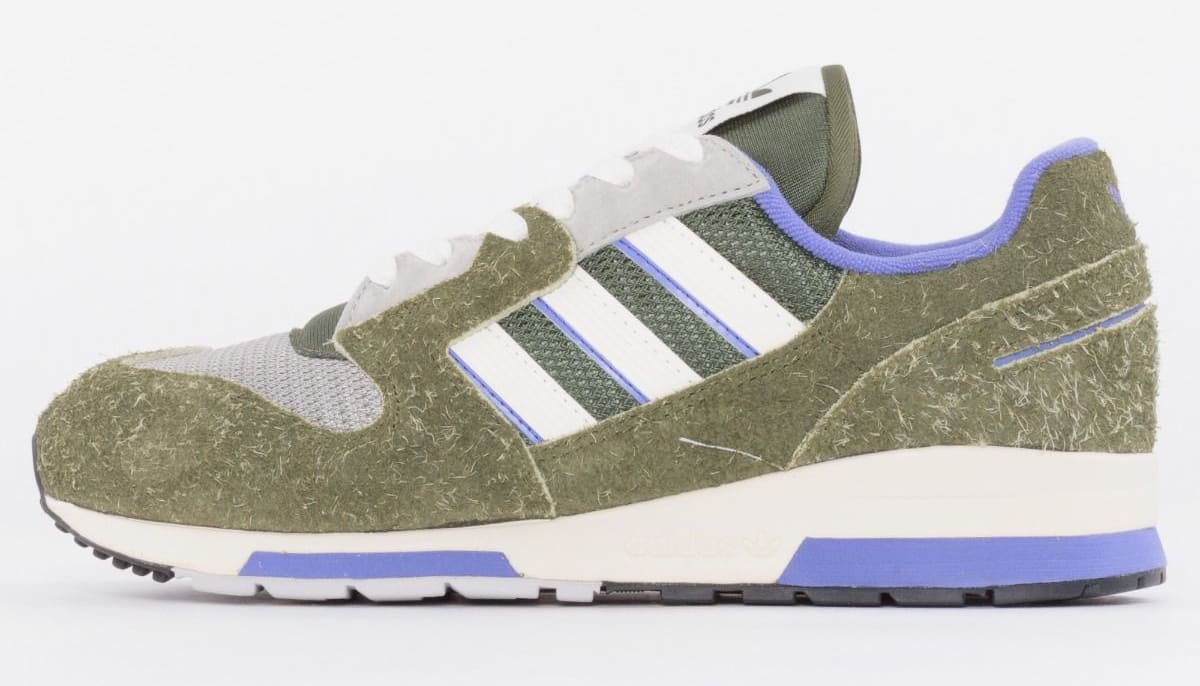 Stoner-friendly kicks might not be for everyone but Adidas is unveiling a new weed-inspired colour-way of the ZX 420 in honour of the annual stoner holiday 4/20.

The dark green hairy suede overlay panels that run the length of the mesh-based upper are inspired by cannabis strains’ appearance.

Purple accents can be seen on the Three Stripes branding on the foot and the sock liner, heel counter, and portions of the sail midsole, adding to the mostly green colour scheme.

This weed-inspired Adidas ZX 420 has already begun to appear at select retailers overseas, like Wellgosh, but the company has yet to announce a release in the United States. Official launch information should arrive in the coming days, but the price of the shoe will run at $100.