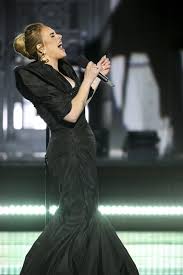 Adele addressed reactions to her weight loss with Oprah Winfrey

During an interview with Oprah Winfrey, Adele addressed the comments regarding her weight loss.

The interview aired as part of a two-hour special on CBSon Sunday. A concert at the Griffith Observatory in Los Angeles was also pre-recorded for the show.

When Winfrey inquired about Adele’s recent weight loss, Adele replied that she began exercising more because it helped her manage her anxieties.

She stated that she enjoyed having her gym sessions scheduled and that she had no intentions of losing weight.

Loading...
Newer Post
Brawl between man and cops who was reportedly stalking women in town
Older Post
Brass Against lead singer urinated on a fan during a live concert

Gov’t has no policy to phase out super gasoline 0