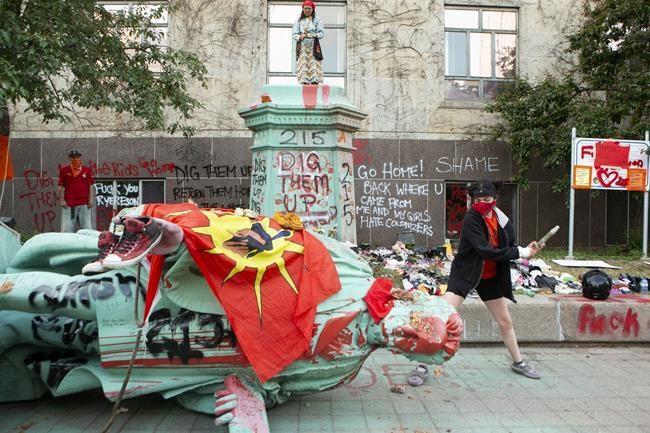 A statue has been toppled at Ryerson University in Toronto at a protest over the recent discovery of a mass grave of indigenous children at a school.

Egerton Ryerson is deemed one of the architects of Canada’s controversial residential school system.

His statue had already been vandalised earlier in the week after the suspected remains of 215 children were found.

Growing scrutiny of Ryerson has led to calls to change the university name and remove the statue.

It had already been daubed in red paint with slogans like “dig them up” and “land back” painted on the plinth in reference to his links to Canada’s treatment of indigenous people. 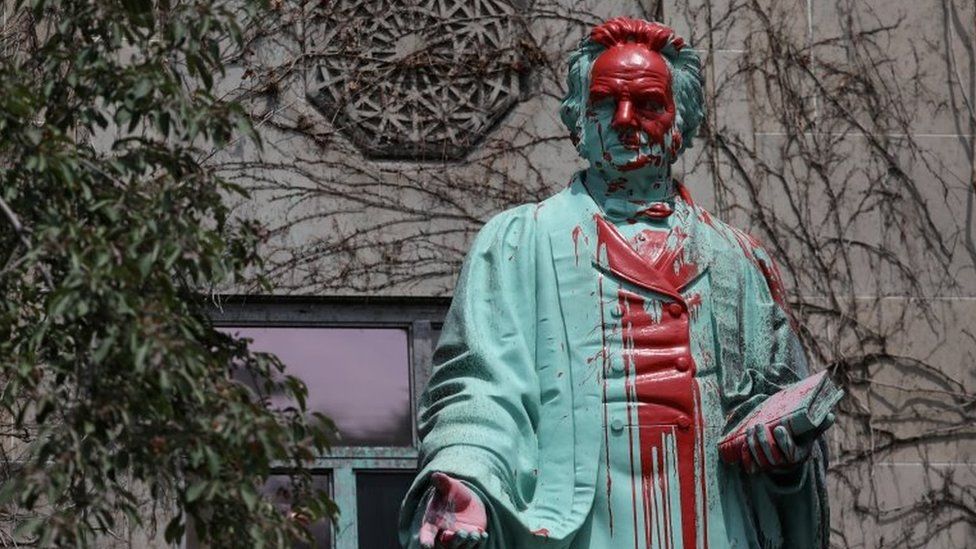 Social media videos from the protest on Sunday showed the statue being pulled down off its pedestal as a crowd cheered nearby.

A statement from the university later said more than 1,000 people had taken part in a peaceful protest on Sunday afternoon before a truck arrived about an hour later to help bring the statue down.

Mohamed Lachemi, the university’s president, said the statue would not be restored or replaced following the toppling.

Ryerson was a prominent figure in the creation of the public education system in Ontario during the 1800s but his role in preparing the ground for separate schools with forced indigenous assimilation has led to growing calls in recent years to reassess his legacy.

Students and indigenous faculty members were among those who renewed calls to change the university’s branding to “X University” following the discovery of the mass grave at the Kamloops Indian Residential School.