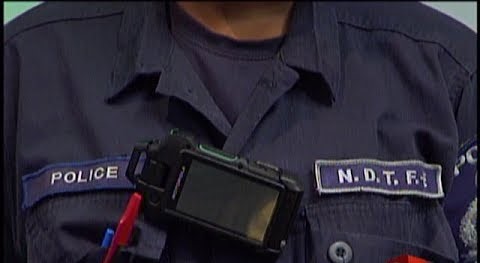 Acting Commissioner of Police, Mc Donald Jacob, intends to speed up the push to get more officers to use body cameras on a consistent basis as part of their operations in the fight against crime.

The man at the helm of the Trinidad and Tobago Police Service says in the past, 160 officers were equipped with the device. The device at that time was distributed to certain specialized units within the TTPS.

Speaking on the Power Breakfast Show on Power 102 Digital today, Mr. Jacob added that recently the TTPS acquired 1100 body cameras and training in the use of the device was carried out with fifty officers from the Highway Patrol Branch.

Mr. Jacob said more officers will benefit from training to use the equipment over a phased basis.

Mr Jacob said he is confident the device will benefit the service in the carrying out of its duties.

He also denied claims there is some level of resistance by some officers to use the device.

The Acting Commissioner of Police also commented on the detection rate of the TTPS, admitting efforts have started to get the current figure of thirty –five percent go up which will help restore public trust and confidence in the service.