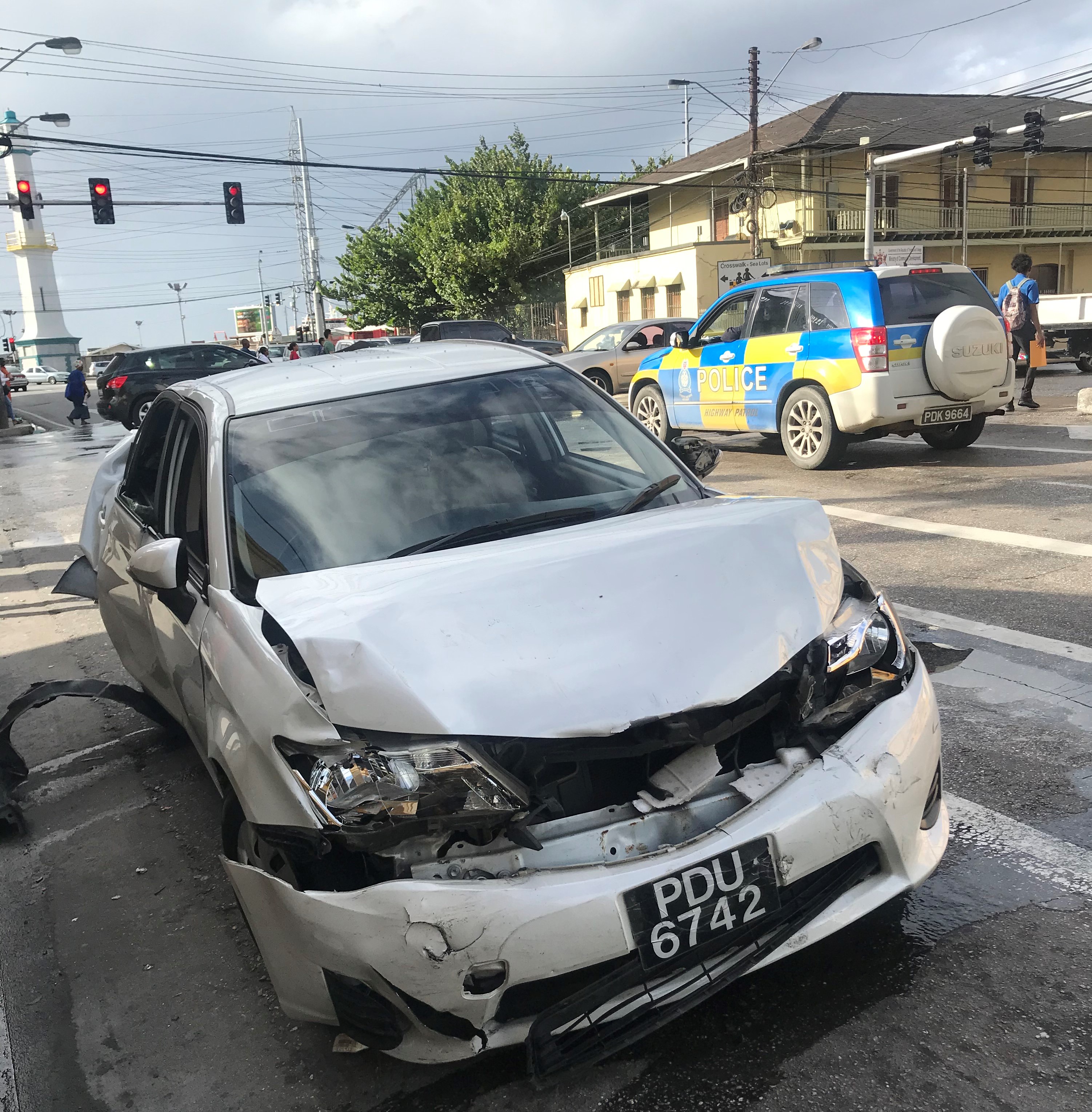 Accident in POS, driver suffered seizure at the wheel

The accident that occurred at the intersection on Broadway, Port-of-Spain this morning may have been caused by a seizure.

Reports indicate that around 7:00am, a man driving a WASA vehicle sped up at the intersection and crashed into a White Toyota Aqua, which then crashed into five other vehicles causing a smash up at the junction in the capital city.

Sources said the WASA van did not stop when it crashed into the other vehicles. When persons opened the car, the driver was shaking uncontrollably at the wheel and his foot was still on the accelerator.

Hospital officials responded to the scene and took the driver to the hospital.

Representatives from WASA confirmed that the man is an employee of the company, but his identity was withheld. They did indicate that he has medical issues.

Take a look at video below submitted by an onlooker: 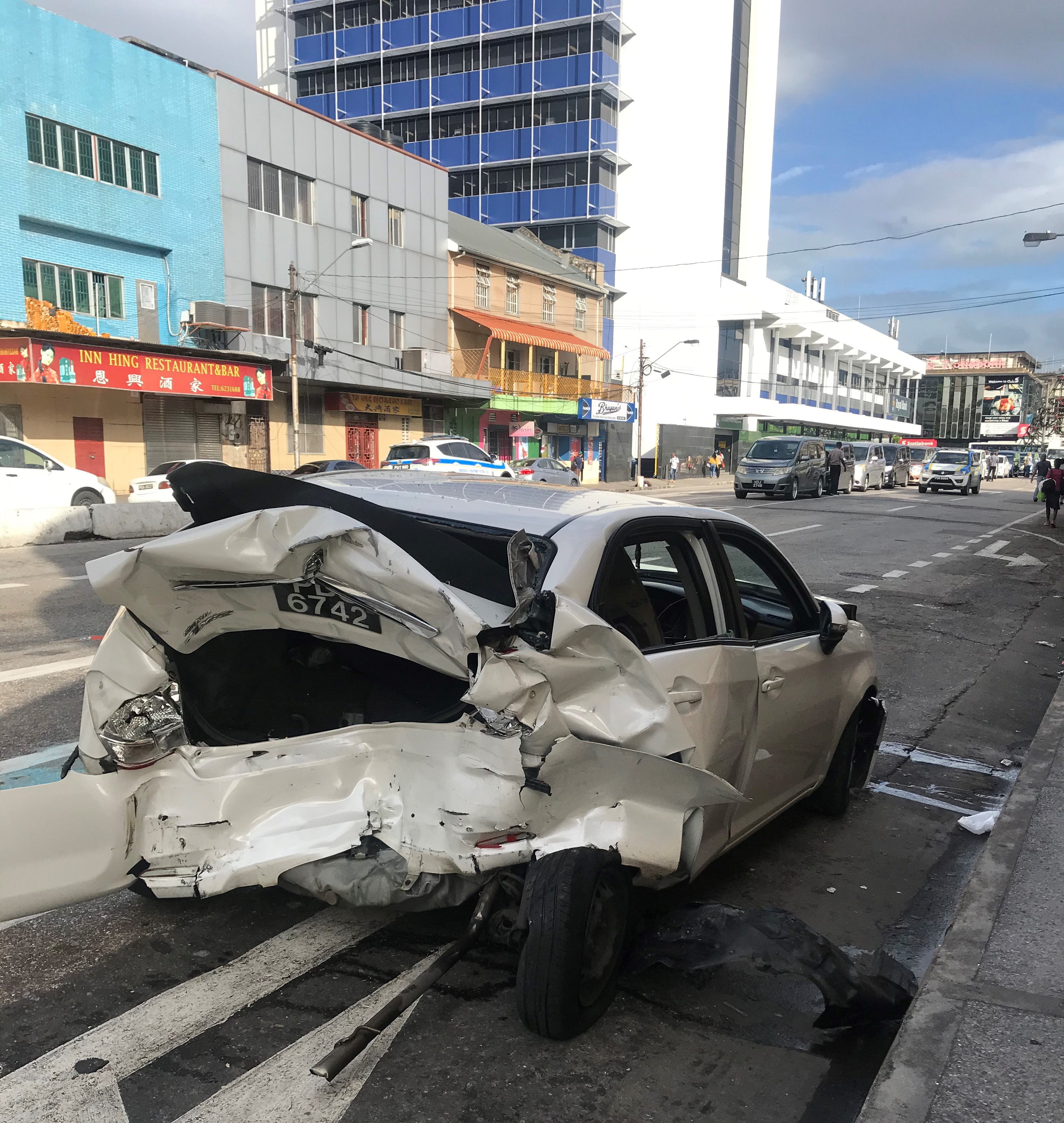 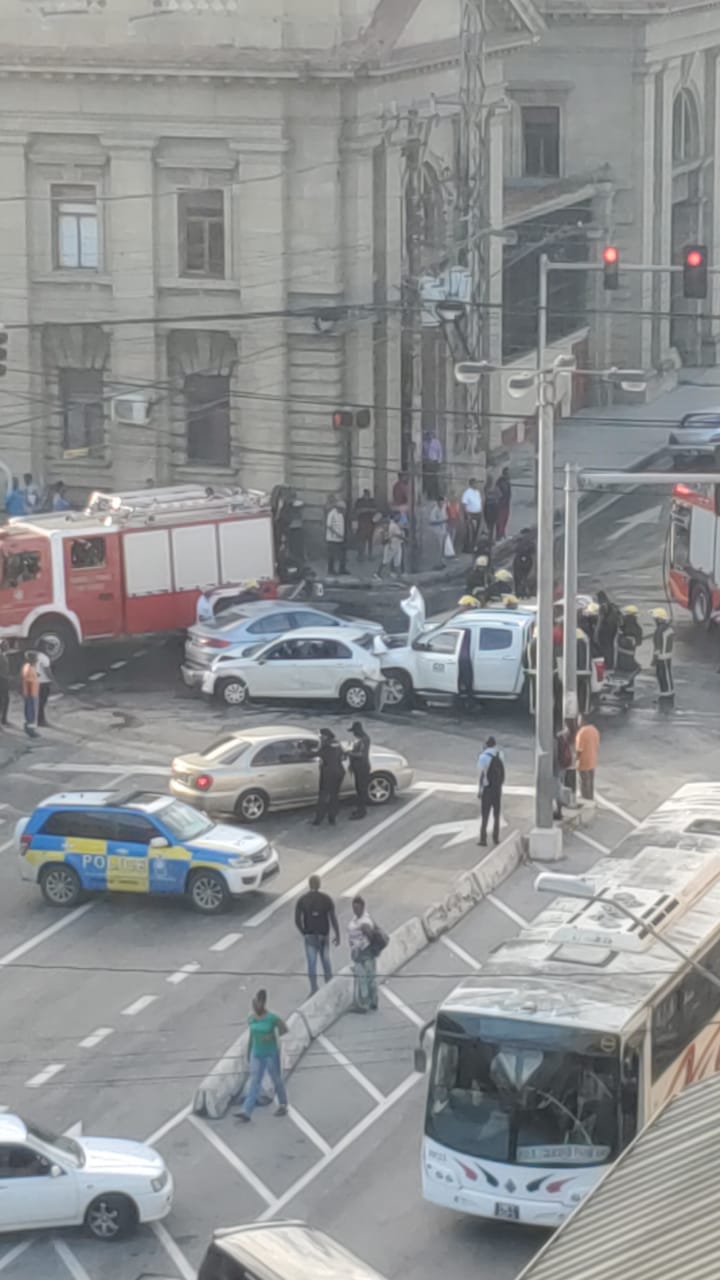