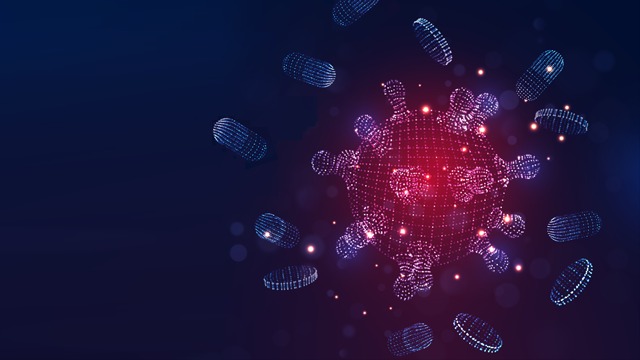 Scientists at the University of Geneva (Switzerland) have found substances that block the entry into cells of viruses such as SARS-CoV-2 and these inhibitors would be thousands of times more effective than current drugs, as explained in a study published in the journal Chemical Science.

The cell membrane is impermeable to viruses that, to enter and infect a cell, use various strategies to exploit its biochemical properties, these experts explain.

One such maneuver is cell uptake by thiols, organic compounds analogous to alcohols made up of sulfur and hydrogen atoms, in which the first substance replaces an oxygen atom.

These sulfhydryl groups are present in the membranes of eukaryotic cells, bacteria, and virus envelopes, and their interaction with sulfides triggers a process that allows the substrate to enter a cell by fusion (endocytosis) or direct transport through the cell. membrane.

For example, toxins from the diphtheria bacillus and HIV enter cells through thiols. However, the role of sulfur-containing substances in cellular uptake was considered controversial.

Thus, these researchers looked for potential inhibitors that would be useful against the new coronavirus and found substances 5,000 times more potent than Ellman’s reagent, used to quantify the number or concentration of thiol groups in a sample and capable of inhibiting its cellular uptake mechanism. associated.

Tests have shown that one of the inhibitors can block the entry of the coronavirus into cells and knowing this would help develop new antiviral drugs.