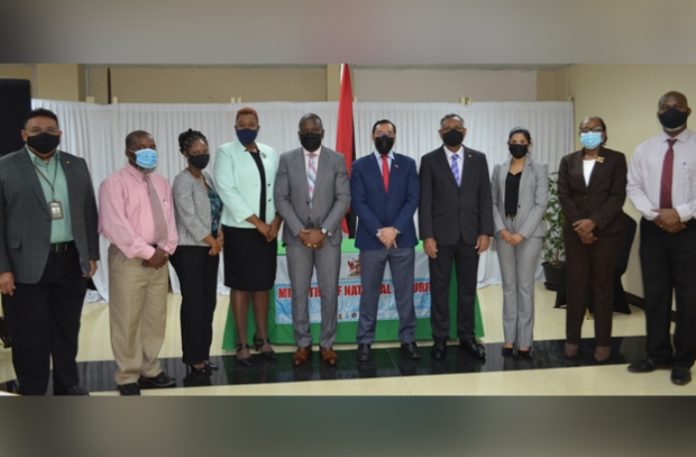 The Committee is mandated under the Proceeds of Crime Act to advise on the use of funds from the Seized Assets Fund, for community development, drug abuse treatment, rehabilitation projects and law enforcement.
It will be chaired by Joycelyn Thomas-Vialmosa, Acting Deputy Comptroller of Accounts at the Finance Ministry.

They received their instruments of appointment Wednesday from National Security Minister Stuart Young.
Minister Young took the opportunity to underline the important role of the Committee in national development, including areas of national security. He thanked all members for providing continued service to the nation via their appointment to this Committee, which they do in addition to their regular duties. The Minister also thanked outgoing Committee members for their dedicated service during their tenure.