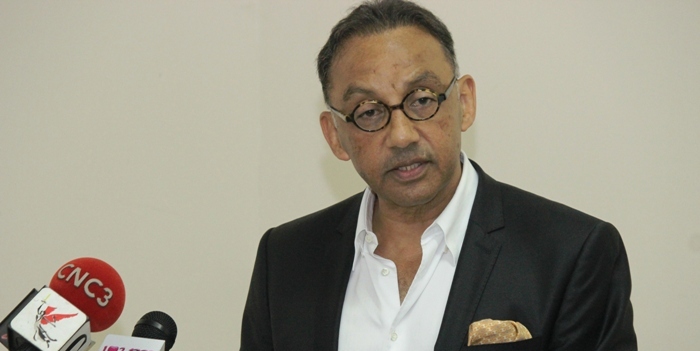 Persad-Bissessar needs to explain why they opposed Anti-Gang legislation

By abstaining from voting on the Anti Gang Bill 2020, opposition leader Kamla Persad-Bissessar and her team have shown that they do not care about national interest.

And, their decision has also shown that there is need for reform of the United National Congress.

That was the view shared by former minister Vasant Bharath, while speaking at a campaign meeting at Cyrus Trace, San Juan, on Sunday.

He said the UNC must not be seen by the population as a party which opposes for opposing sake and petty political gain and they must explain to the population why they opposed this anti-gang legislation.

Bharath said the entire Bill is not unconstitutional and can help crime detection. If the Opposition really had issues, he said they should have proposed the necessary amendments.

He said a responsible opposition must fully explain its objections and work towards a compromise or solution in the national interest.

Bharath said no other law, whether common law or statute, targets gang membership in such a focused, direct, and intense manner.

Dr. Dre to sell his music catalog for over $200M

Malabar man sentenced to 6 years for larceny and warehouse breaking

Dr. Dre to sell his music catalog for over $200M

Malabar man sentenced to 6 years for larceny and warehouse breaking

TT And US Strenghten Bilaterial Relationship 0