The State of Emergency officially went into effect on May 16 and already 93 people have been arrested for being in breach of regulations, in the first four days alone.

These 93 people were arrested throughout the nine police divisions.

According to statistics released by the T&T Police Service (TTPS) on Thursday, 84 face mask tickets were issued bringing the total count of tickets issued to date to 10,688. 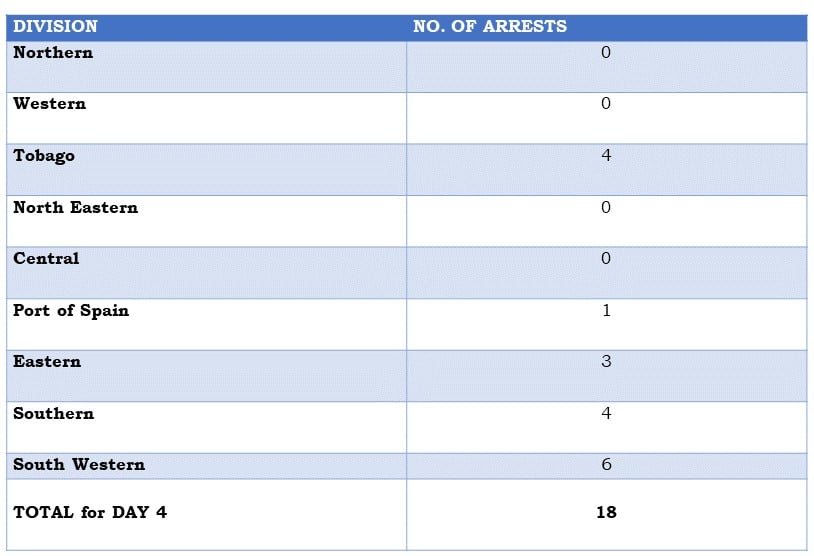 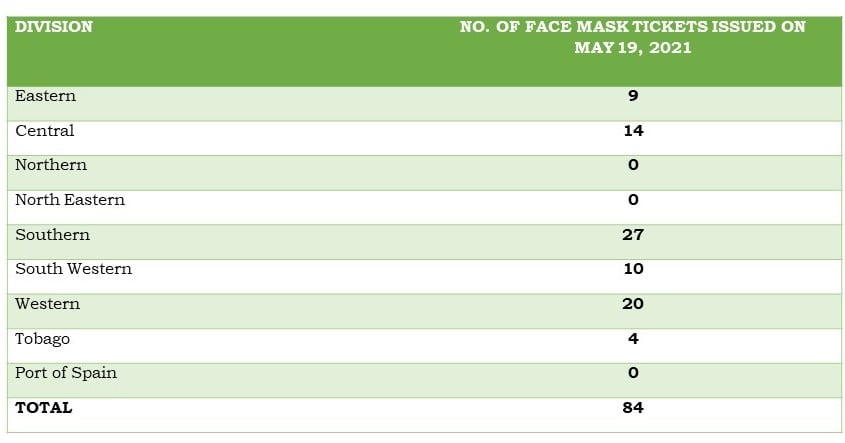