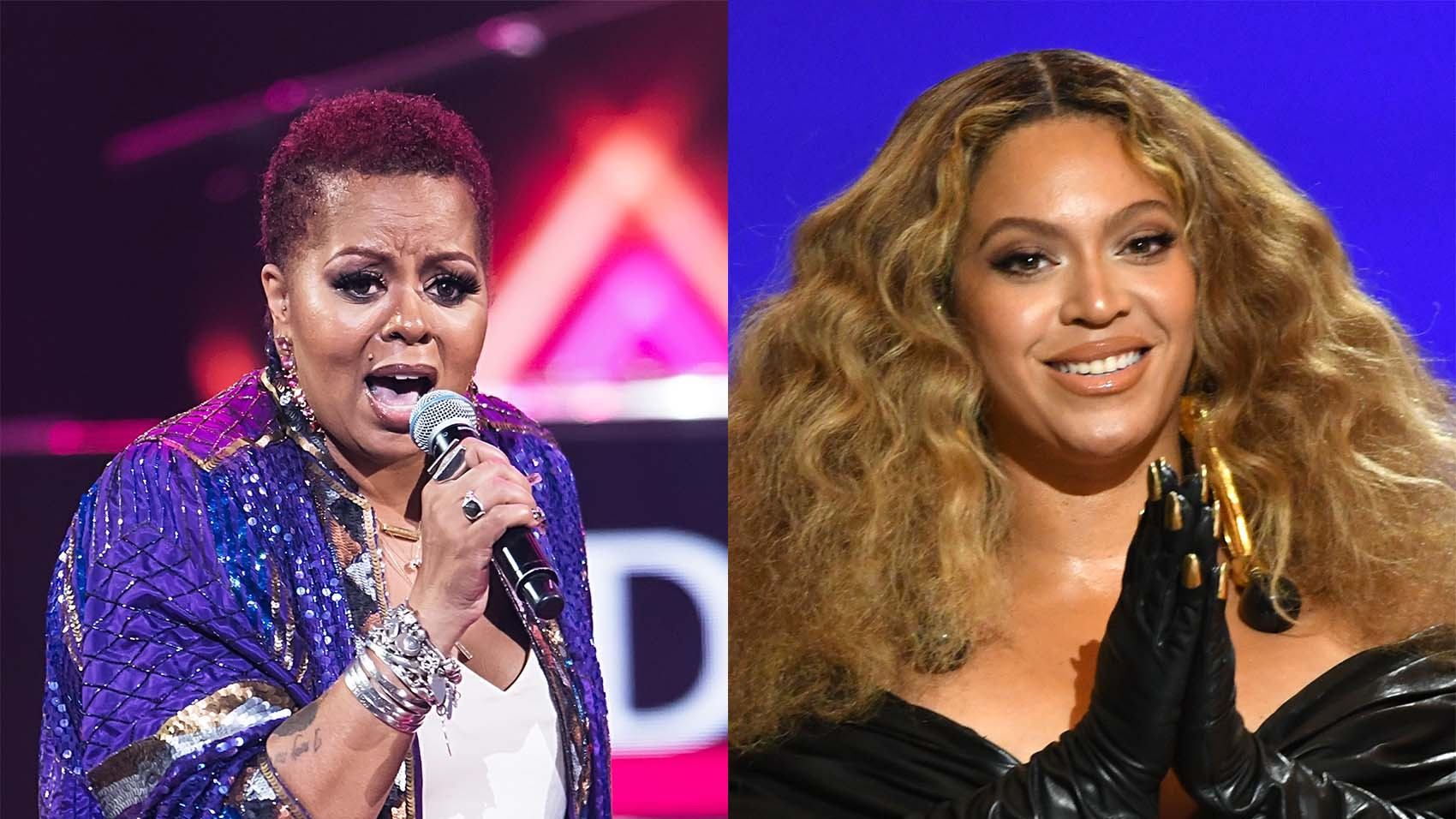 Robin S. said the singer’s “Break My Soul” track came as a pleasant surprise, and her phone has been ringing non-stop since the song’s release.

“My son called me and he’s like, ‘Mom, mom. You’re trending all over the place,’” she said during an interview with “Good Morning Britain.” “You know Beyoncé put her song out and it’s ‘Show Me Love’, and you’re trending everywhere.’”

She also had a direct message for the superstar artist, saying: “This is Robin S and this message goes out to the Queen B herself, Beyoncé, to Jay-Z, to the entire team. Thank you so much for giving me my flowers while I’m still alive. I’m honored and excited to see what else can happen.”

Robin S hopes her renewed fame leads to a collaboration with Beyoncé at some point in the future.

“Maybe we can do a collab together? You know, that’s always the dream,” she added. “I can’t even. Just wow. A lot of thanks.”

As reported by TMZ, Bey’s “Break My Soul” is opening all kinds of doors for Robin.

Here’s more from the outlet:

Robin tells us ever since ‘Break’ dropped Tuesday, she’s been flooded by record labels, corporations and artists … all looking to work with her. Robin says her team’s phones are ringing nonstop with inquiries about licensing her “Show Me Love” master recordings for various purposes.

She says the calls are coming from ad agencies, record labels and top DJs … and her team is frantically trying to vet the offers as quickly as possible. So, If you’ve ever doubted the Beyonce effect is a real thing, Robin can testify. Robin’s already plenty popular — currently traveling through North America and Europe on a sold-out tour through August — but Bey’s adding new revenue stream opportunities.

Thanks to Beyonce, Robin’s old-school track hit #5 on Billboard’s Hot 100.

Beyonce’s new single comes ahead of her seventh solo studio album, “Renaissance,” which will drop on July 29. We reported previously that “Renaissance” is the follow-up to 2016’s critically acclaimed “Lemonade.”