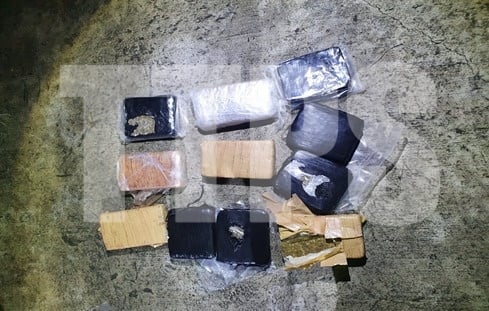 Police seized nine kilogrammes of marijuana during an anti-crime exercise conducted in the Port of Spain Division between the hours of 7:30 pm and 10:30pm on Thursday 4th March 2021.

Around 9:35 pm, PC Harrypersad and WPC Lewis attempted to intercept a Nissan Almera vehicle, occupied by three men. During the chase, the vehicle headed into Pioneer Drive, Sea Lots, where the men abandoned the vehicle and escaped through some nearby tracks. PC Harrypersad conducted a search of the said vehicle, where a crocus bag with 11 packages containing marijuana was found and seized.

The marijuana, when weighed amounted to nine kilogrammes.