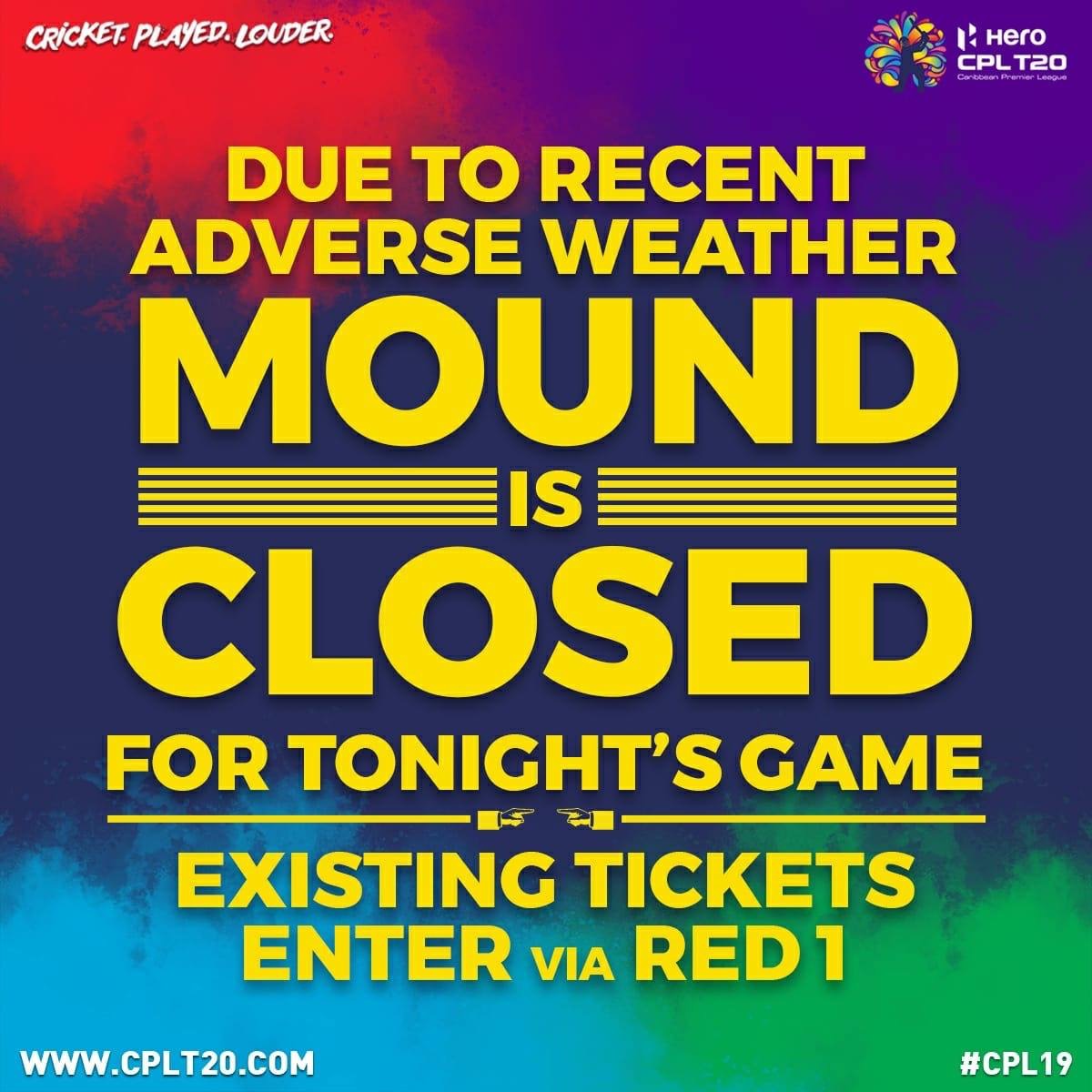 The management of the Caribbean Premier League announced that the grass area of the mound will be closed for tonight’s game.

The match was scheduled to happen between Trinbago Knight Riders and the Barbados Tridents, however a statement issued by CPL indicated that fans will be accommodated in other areas of stands.

They are advising all mound ticket holders to enter via gate RED 1.

Rainfall from the passage of the Inter-Tropical Convergence Zone has been a cause for concern about the game but so far it remains on.

Revellers and gladiators have arrived at the grounds.

The Revellers and the Gladiators have arrived at the Brian Lara Cricket Academy!!! #CPL19 #CPLWT10 #CricketPlayedLouder #BiggestPartyInSport