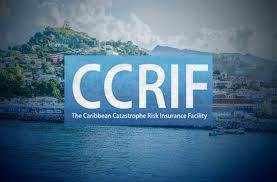 CCRIF Pays US$11M to Bahamas Due to Hurricane Dorian

The Caribbean Catastrophe Risk Insurance Facility (CCRIF) will pay The Bahamas approximately US$11 million (US$10,936,103) following the passage of Hurricane Dorian that caused widespread devastation in the northern part of the 700-island archipelago.

The Bahamas has three tropical cyclone policies with CCRIF, each one covering a section or zone of the archipelago – North West, South East and Central.

It is the tropical cyclone policy for the North West Zone – which includes the Abaco Islands and Grand Bahama – that was triggered.

Dorian made landfall on Sept. 1 and battered the Abaco Islands and Grand Bahama, in the north of the archipelago, for two days.

CCRIF’s payouts are made within 14 days of an event, but in this case, CCRIF made an advance payment Friday of 50 percent of the payout to allow the Government to begin to address its most pressing needs – with the remaining 50 percent to be paid within the 14-day window for all CCRIF payouts.

CCRIF CEO, Isaac Anthony, contacted the Government of The Bahamas to inform them of the payout and to express the Facility’s own commiseration for the many lives lost and to pledge support to the Government as it seeks to recover and rebuild not just infrastructure but also lives.

In acknowledging the destruction and damage wrought on the northern islands of The Bahamas,

Anthony expressed some relief that Dorian spared most of the other islands.