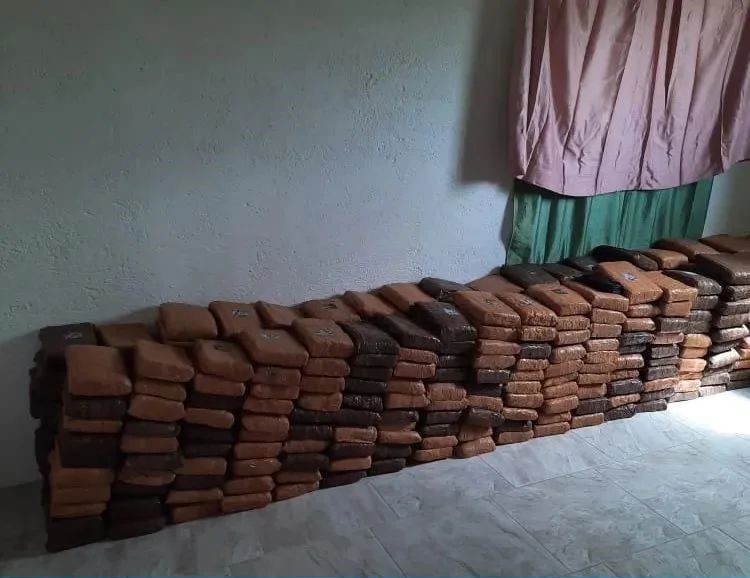 One Colombian was arrested and marijuana with a street value of $72,063,420 was seized in Barbados following months of surveillance, intelligence gathering and collaboration with regional law enforcement agencies.

In June 2020, officers of the Trinidad and Tobago Police Service began investigations into a person of interest who was suspected of controlling a drug ring based in Central Trinidad with regional and international links.
The suspect and another man then boarded a flight to Barbados in late June 2022, Barbados law enforcement was notified, and their assistance was requested.

The TTPS continued gathering intelligence and maintained relations with Barbados law enforcement, and as a result discovered that on Friday 29 July 2022, a shipment of drugs landed in Barbados.

This intelligence was further developed and on August 2nd Barbados law enforcement breached the “stash house” in Barbados where they found and seized 481kilogrammes of marijuana with a street value of TT $72,063,420.
One Colombian national was also arrested at the house.