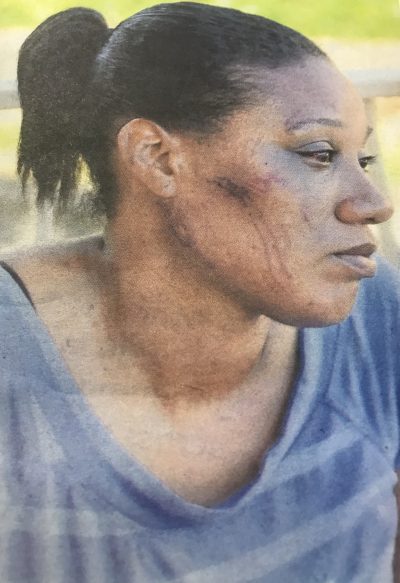 Simone Ferreira who suffered an elliptic fit and was run over by a driver is now considering her legal options after receiving an offer of some level of compensation from the alleged driver of the car that ran over her face and upper body .

The driver did not immediately stop and returned after the driver of a white panel can had a conversation a few meters away , following which the driver checked his car before going back to the scene, by which time a good Samaritan picked up the victim and took her for medical attention.

Councillor for the area Ali asked drivers to be careful on the roads .$?))