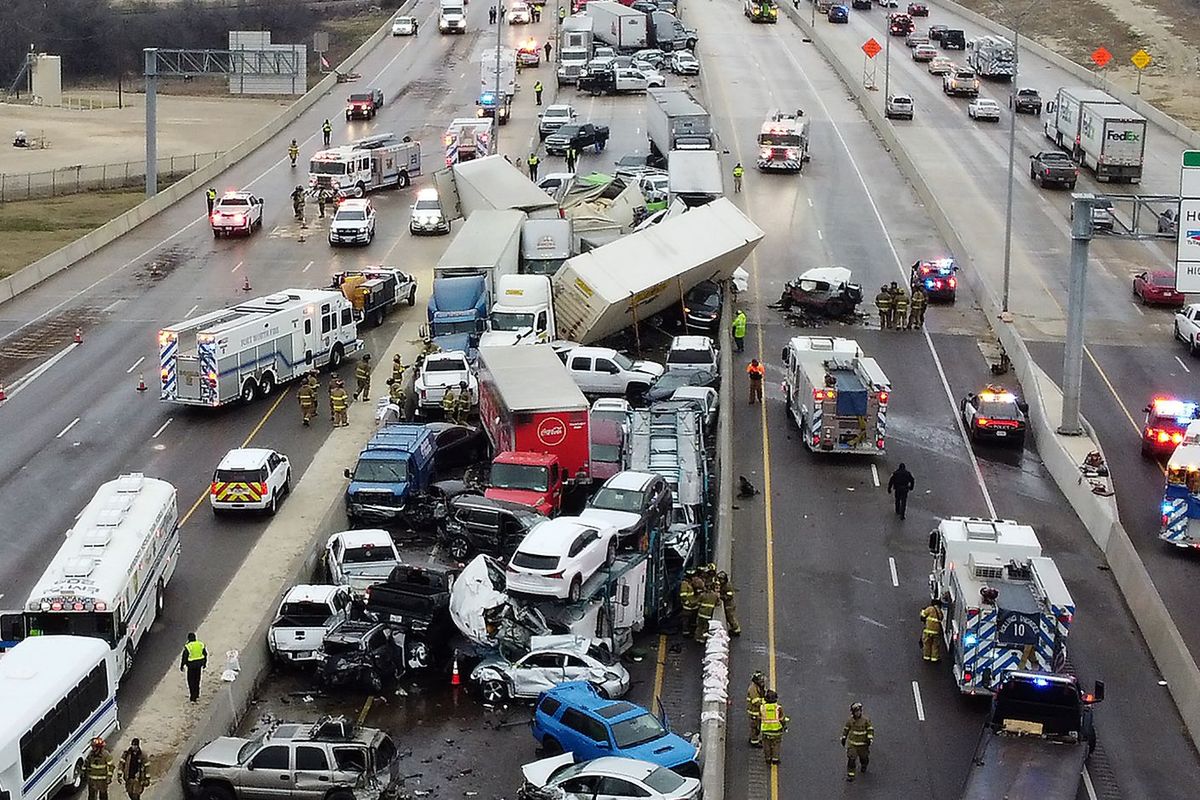 Six people were killed in an accident that involved more than 100 vehicles on a Texas interstate on Thursday morning, the authorities said, as a slurry of winter weather made for slick roads, patches of ice and dangerous driving conditions.

According to CBS DFW, the car pile-up involved more than 100 vehicles along Interstate-35W, leaving multiple people trapped inside of their cars. Police officials have confirmed at least five deaths due to the accident.

Officials say the crash started to take place around 6:30 am after freezing rain and sleet fell overnight, leaving the roads wet and slippery.

During a press conference, Fort Worth Fire Department public information officer Mike Drivdahl said, “Information will change going throughout the day as we get more information. We are going vehicle, by vehicle, to make sure that anybody that is still trapped in their vehicle has been extricated, if possible. There’s a lot of vehicles to go through.”

Photos and videos from the scene show multiple vehicles and 18-wheelers piled up on top of each other and smashed into each other.

Drivdahl continued to say, “First responders actually had difficulty getting to the vehicles. As they were making their way on the freeway to get to those vehicles it is very slippery. We did have to get quite a bit of sand out here… we did everything we could to get as much traction as possible.”

Those who were seriously injured were transported to trauma centers, and there were at least 14 ambulances that transported at least 36 people to area hospitals.