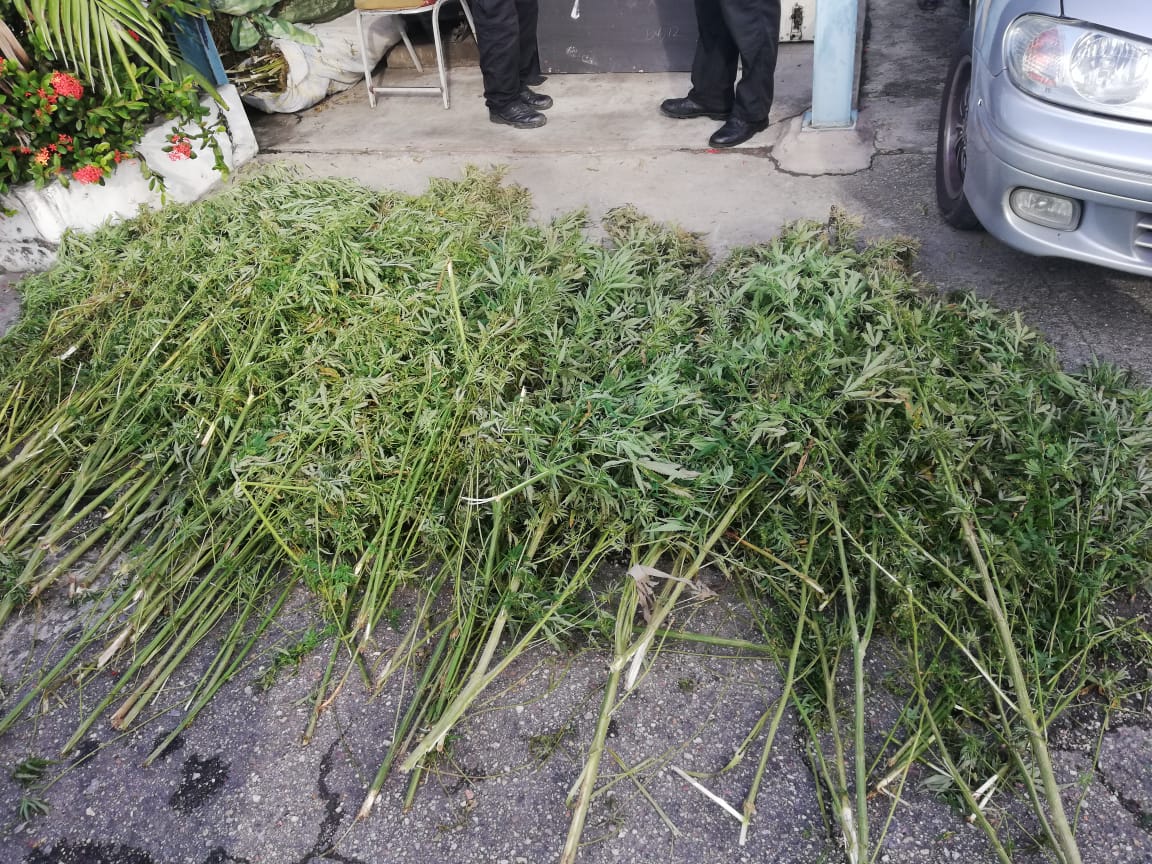 Marijuana trees and seedlings worth an estimated $550,000 were discovered by officers of the North Eastern Division Task Force, during an anti-crime exercise conducted in the San Juan district on Friday.

Between the hours of 12:00 am and 4:00 pm, officers proceeded to an abandoned house at Petit Curacaye where they found 25 kilogrammes of dried marijuana hidden in the building.

The officers then ventured about 50 meters through a track at the back of the house, where they found three marijuana fields consisting of 300 fully grown marijuana trees and 2,000 seedlings.

The trees, seedlings, and dried marijuana were subsequently destroyed.

Concerns About Low Grades In The SEA. 0

No Fixed Policy Government Says On Privatisation of Port, Banking And Rum Manufacturing 0