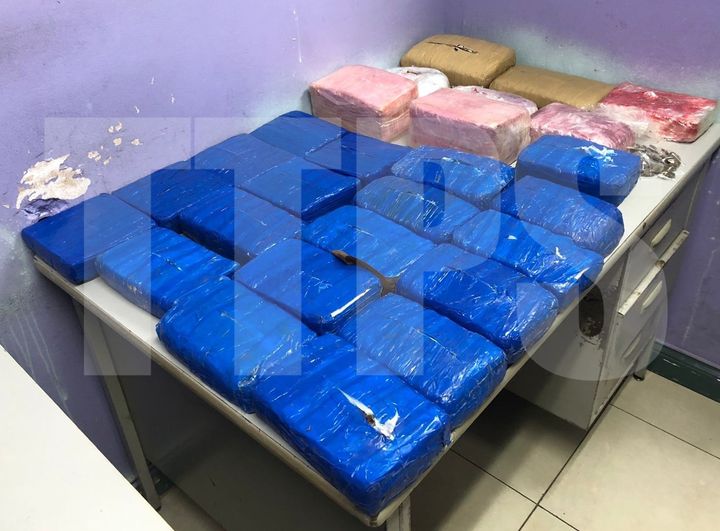 54-year-old woman arrested for possession of 16kgs of marijuana

One woman was arrested and a quantity of marijuana was seized during an Operation Strike Back 3 exercise conducted in Morvant on Thursday 6th May, 2021.

Around 9:15am yesterday, PC Balbosa executed a search warrant for illegal firearms and ammunition at an apartment at Almond Court, Morvant.

Cpl Durant and a party from officers from the Crime Scene Investigation Unit processed the scene.

Police took possession of the marijuana, and PC Balbosa arrested a 54-year-old woman for being in possession of marijuana for the purpose of trafficking. The woman was taken to the Morvant Police Station.

This exercise was coordinated by Snr Supt Oswain Subero and included Cpl Marajh and a party of officers from the I.A.T.F.
Investigations are continuing.