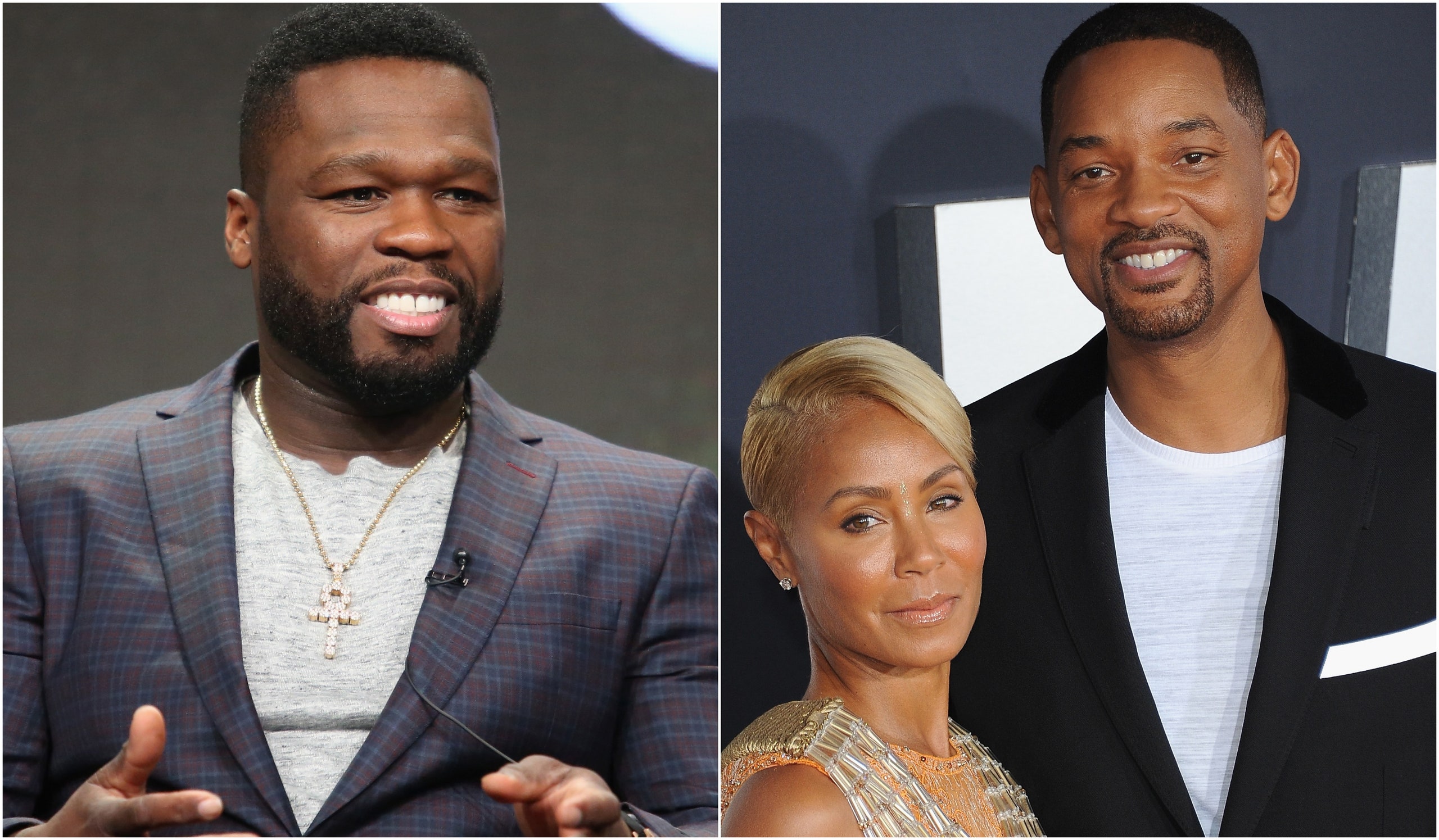 Will Smith and Jada Pinkett’s marriage has been internet fodder for years, but discussion surrounding their relationship was taken up a notch after the actress admitted to having an “entanglement” with 29-year-old singer August Alsina in July 2020.

On Thursday (October 28), both Pinkett and the late 2Pac became trending Twitter topics following a recent episode of Red Table Talk in which Pinkett revealed intimate details about her sex life with Smith.

50 Cent is apparently one of many who doesn’t understand why Pinkett continues to air out her private matters in public. Shortly after the clip was published, 50 Cent shared an Instagram post of a headline that read, “Jada Pinkett Smith opens up on the difficulty of maintaining a healthy sex life with Will Smith.”

He wrote in the caption, “Why she keep doing shit like this? it makes the relationship appear weak. first an entanglement now this, come on! WTF @bransoncognac @lecheminduroi.”

The hoopla began after Jada Pinkett told special guest Gwyneth Paltrow how “hard” it was to maintain a healthy sex life after being married for over two decades.

“The thing Will and I talk about a lot is the journey,” she explained. “We started in this at a very young age, you know, 22 years old. That’s why the accountability part really hit for me because I think you expect your partner to know [what you need], especially when it comes to sex. It’s like, ‘Well, if you love me, you should know. If you love me, you should read my mind.’ That’s a huge pitfall.”

Once Pinkett began to trend, she addressed the chatter via Twitter and insisted her sex life with Smith is just fine.

“Only because I got time today,” she wrote. “Stop making up headlines. Watch the @RedTableTalk I did with @GwynethPaltrow for yourselves. Will and I have NEVER had an issue in the bedroom. Thank you.”