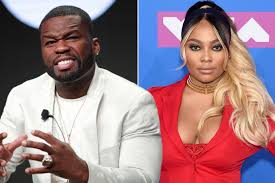 50 cent wants his lawsuit money and he’s gunning at R/B singer Teairra Mari to get it now.

According to a new report by Radar Online, 50 Cent is reportedly working overtime to try and collect the nearly $50k owed to him by Love & Hip-Hop star Teairra Mari.

However, the reality star’s lawyer Edward Ward is asking for permission to drop her as a client.

50 quickly fired back at Edward’s attempt to leave the matter, according to Radar Online.

The rapper said Teirra has “repeatedly disobeyed this Court’s order and thumbed her nose at its authority” and he believes if the lawyer is allowed to drop her, Teairra will continue her “unlawful behavior.

Impact of the COVID-19 Pandemic on Crime Globally 0