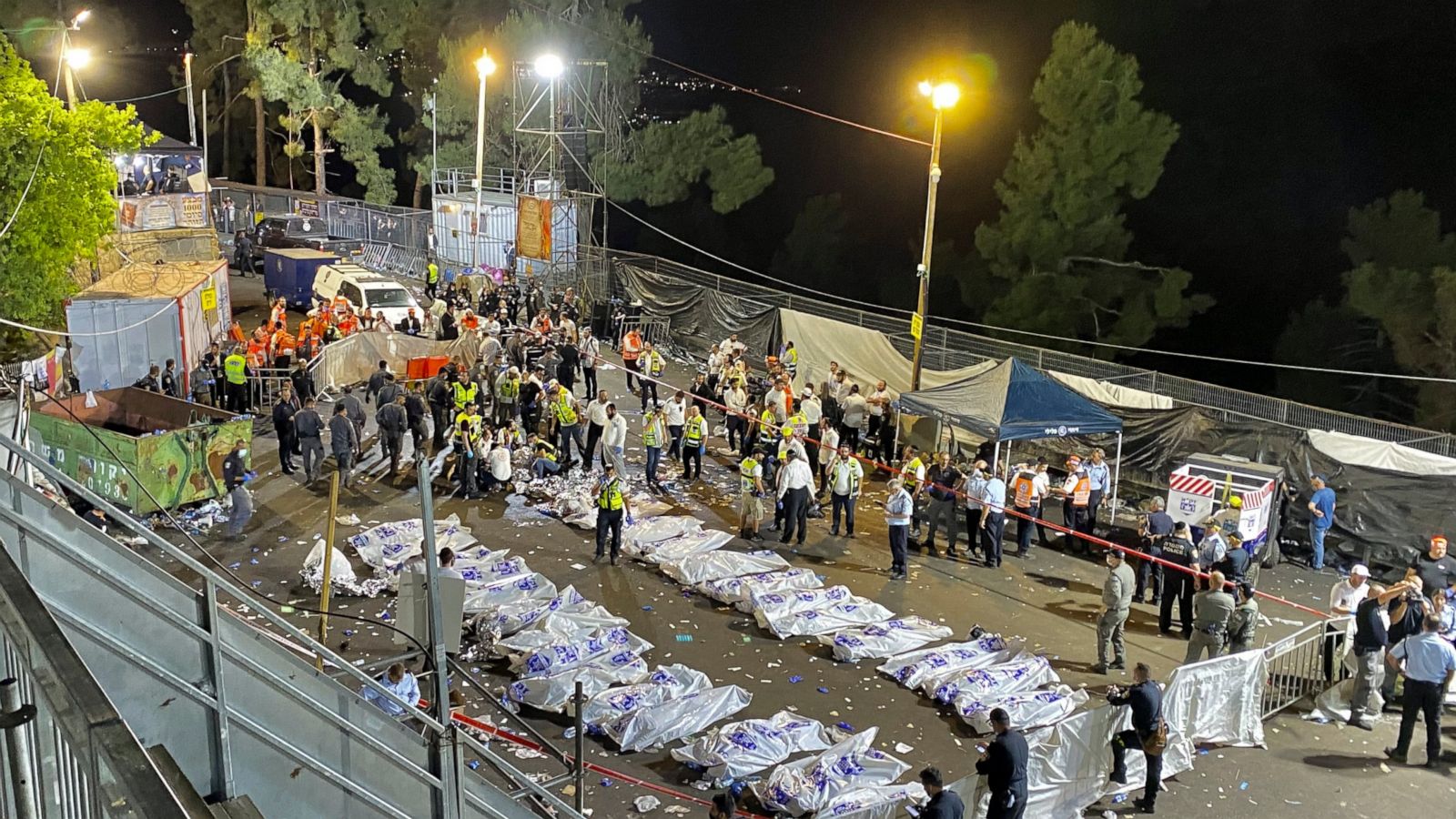 Families in Israel have begun burying their dead after at least 45 people died in a crush at a crowded Orthodox Jewish festival overnight.

Some 150 people were also injured at the Lag B’Omer festival, near Mount Meron, when people became trapped in an overcrowded passageway.

Funerals were allowed to take place for victims who were positively identified.

Prime Minister Benjamin Netanyahu promised that an inquiry would ensure such a tragedy did not happen again.

Visiting the scene, he said it was one of the worst peacetime disasters the country had known.

One survivor who gave his name as David told Ynet news it had felt like a human wave had broken: “Our bodies were swept along by themselves. People were thrown up in the air – others were crushed on the ground.” Medics struggled to reach the injured in the ensuing chaos.

Those who died are believed to be predominantly men or boys as the crush at the largely gender-segregated event apparently happened in one of the men’s sections.

Some victims are believed to be foreign nationals. Israeli airline El Al has offered to assist family members of victims living abroad who wish to attend their loved ones’ funerals in Israel.

Sunday has been declared a national day of mourning.

The site includes several large gathering grounds with open-air stands and stages, connected by a network of paths. It was along one of those paths where witnesses said the crush of people began at around 01:00 local time (22:00 GMT Thursday).

Some witnesses said the incident had begun when police closed the passageway, said to be 3m (10ft) wide. Police sources told Haaretz newspaper some people had slipped on steps, causing dozens more to fall over. This was not officially confirmed.

An injured man lying on a hospital bed said a line of people in the front of the surging crowd had simply collapsed.

Magdalena Grand up for sale 0