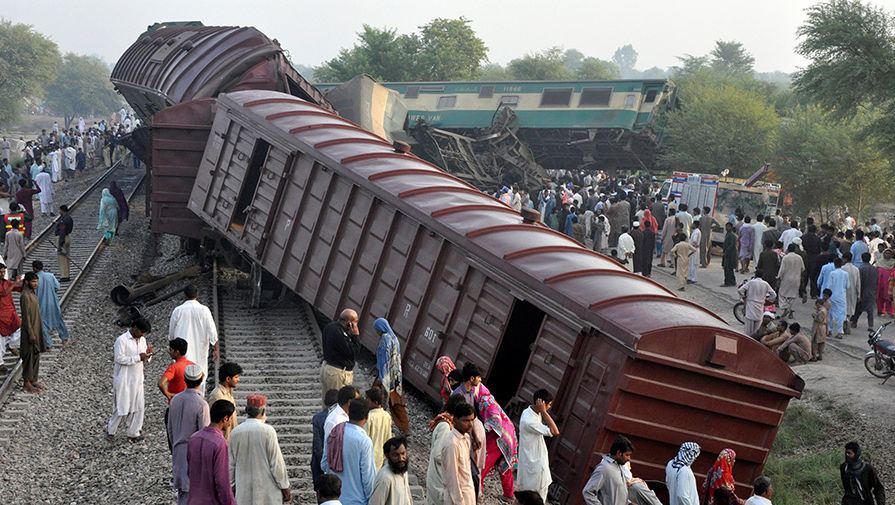 40 dead and dozens more injured in train collision in Pakistan

Officials said that one train travelling in the Sindh province had derailed and landed on another track. A second train packed with passengers then collided with it and overturned.

Rescue teams took the injured to nearby hospitals and it is thought that several are in a critical condition.

Pakistan has over the past years seen a string of deadly train accidents.

A senior official in the Ghotki district was quoted as saying that eight carriages were destroyed and that conditions were making it hard to rescue trapped passengers.

Prime Minister Imran Khan said he was “shocked” by the accident and promised a full inquiry.

Footage from the site shows the wreckage several carriages lying on their side. It is not clear what caused the derailment.

Early on Monday, several people were still trapped in the wreckage. News agency AFP quoted a railway spokesperson as saying: “The site is far and that’s why we are facing some trouble in the rescue work.”

Hospitals in the area have been put on emergency alert to deal with the casualties.

Suspect in Bharatt’s case is dead 0