After the announcement of four deaths on board, the liner Zaandam, currently off the coast of Panama, will organize an unprecedented transfer operation of part of its passengers on board another ship sent to the rescue by the company Holland America.

“Holland America Line Confirms Four Elderly Passengers Die On Zaandam“, the company said in a statement on Friday on its website, without specifying the causes of death.

The company said at least two passengers on the ship, which has about 1,800 people on board, tested positive for the new coronavirus.

“Yesterday (Thursday), several patients (among passengers) with respiratory symptoms were tested on Covid-19 and two were positive“according to Holland America.

The company says 53 passengers and 85 crew members have flu-like symptoms.

The Zaandam, flying the Dutch flag and operated by Holland America (Carnival group), left Buenos Aires on March 7. He was to disembark his passengers in San Antonio, Chile, which refused to dock him.

The rest of the South American ports on its route were later closed to it due to government restrictions to try to stop the spread of the new coronavirus epidemic.

On Thursday, while in Panamanian waters, the ship began to receive assistance from another company boat, the Rotterdam, departing from San Diego, in the United States, with food, personnel and Covid-19 tests.

The two almost identical blue and white liners were visible in Panama Bay, well away from each other, the AFP said. 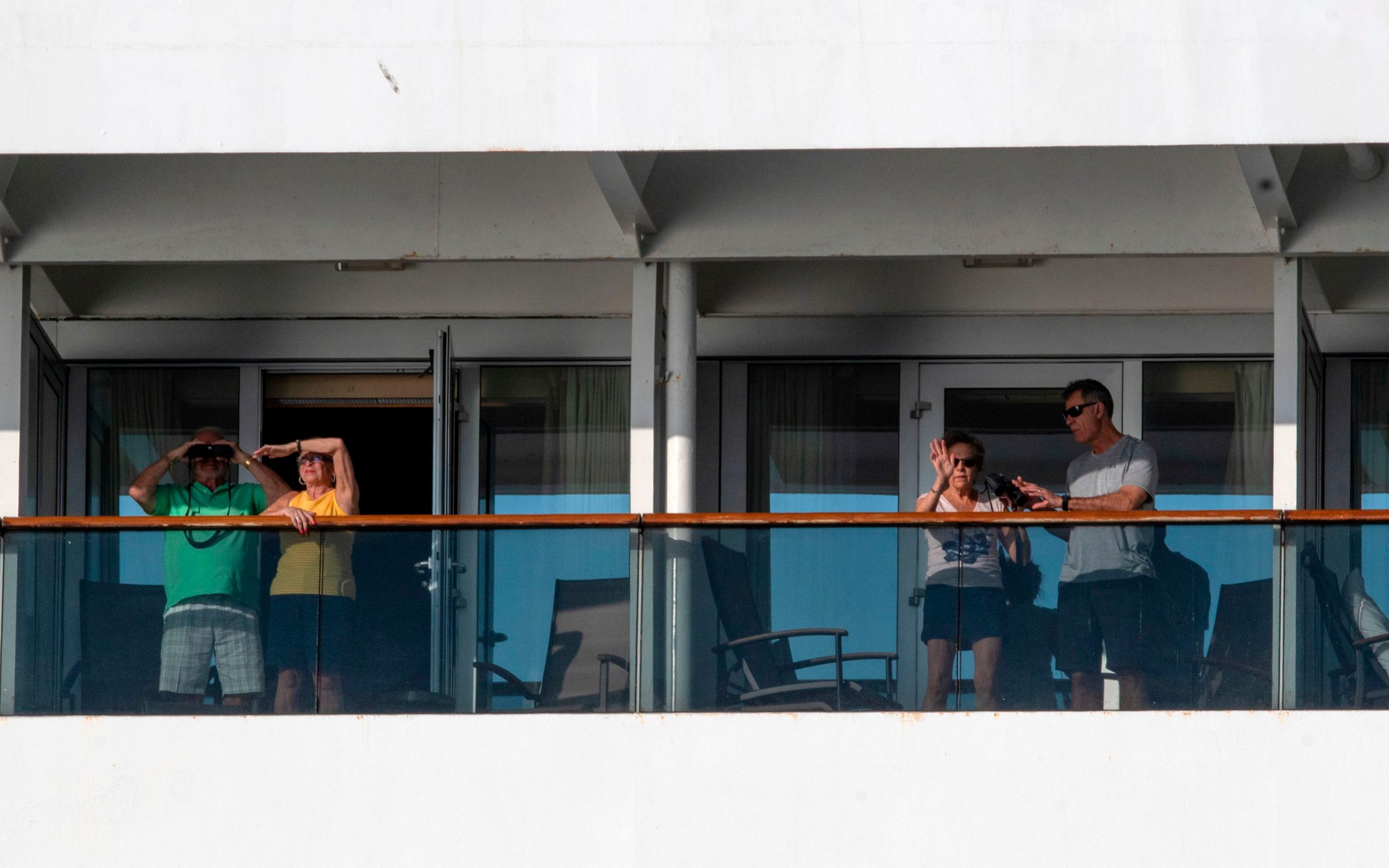 “They can only perform boat to boat maneuvers, no person on board is allowed to land in Panama, “Panamanian Minister of Maritime Affairs Noriel Arauz told reporters.

The company now plans to transfer the “passengers who are not sick“, after having subjected them to health control.

“We are packing our bags to go on another boat. We are well“AFP Françoise, a 74-year-old Frenchwoman, confirmed on board with her husband.

Passengers with medical conditions, or who have been placed in solitary confinement after being in contact with the sick, and the crew will remain onboard the Zaandam, said Holland America.

Strict containment measures had been decreed on board as early as March 22 after the discovery of passengers with flu-like symptoms.

The Panamanian government finally refused on Friday to “health reasons“the crossing of the Panama Canal to the liner wishing to reach Florida in the hope of disembarking all its passengers there on March 30.

“The Ministry of Health has not given us the green light“The administrator of the inter-oceanic seaway, Ricaurte Vasquez, said by videoconference to journalists.”The vessel is in Panamanian territorial waters, but must be in solitary confinement“.

Wednesday, the government of the Central American country had however announced that the liner would be authorized to borrow the channel while prohibiting any unloading on its territory.

“We continue to work with the Panamanian authorities to get their green light to cross the Panama Canal and continue our route to Fort Lauderdale“, in Florida, assured the cruise line in its press release.

Cuba Sends Doctors, Nurses to the Caribbean to Fight COVID-19

Cuba Sends Doctors, Nurses to the Caribbean to Fight COVID-19

Cuba Sends Doctors, Nurses to the Caribbean to Fight COVID-19 0

LaShaun Ramdin: Hi Justin, We currently use MagOne Child theme. Thanks for the kind words. And keep safe during this time

Justin: Long time supporter, and thought I'd drop a comment. Your wordpress site is very sleek - hope you don't mind me asking what theme you're using? (and don't mind if I steal it? :P) I just launched my site --also built in wordpress like yours-- but the theme slows (!) the site down quite a bit. In case you have a minute, you can find it by searching for "royal cbd" on Google (would appreciate any feedback) - it's still in the works. Keep up the good work-- and hope you all take care of yourself during the coronavirus scare!

15 year-old held with guns and ammunition 0