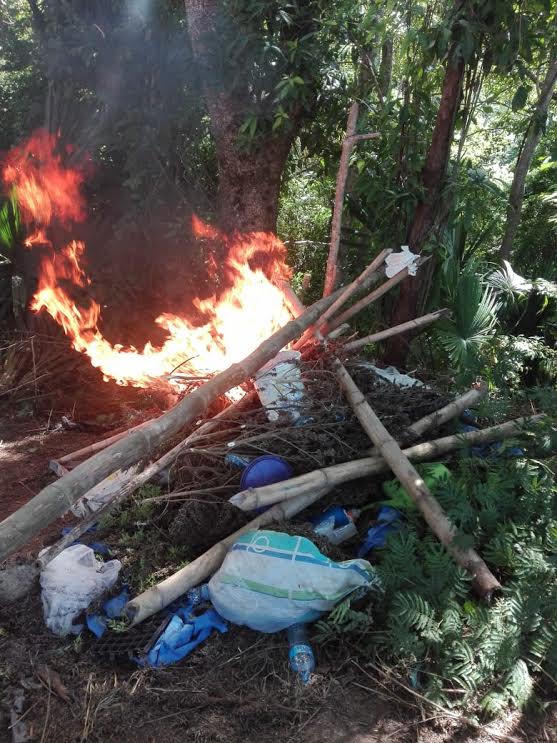 $4 million in marijuana destroyed in Moruga

Officers in the Southern Division have seized and destroyed over four million dollars’ worth of marijuana in the Moruga area.

Between the hours of 6:30am and noon on Wednesday officers, including members of the Special Investigations Unit, Southern Division Task Force and the Air Support Unit, proceeded to the La Lune Forest.

At about one mile into the forest, the officers identified three marijuana fields spread across four lots of land.

The discovery included two seedling beds with 500 trees and 250 kilograms of cured marijuana, in addition to 25,000 fully grown trees.

UNC says they are ready for Local Government Elections 0