33 year old man stabbed to death for his salary 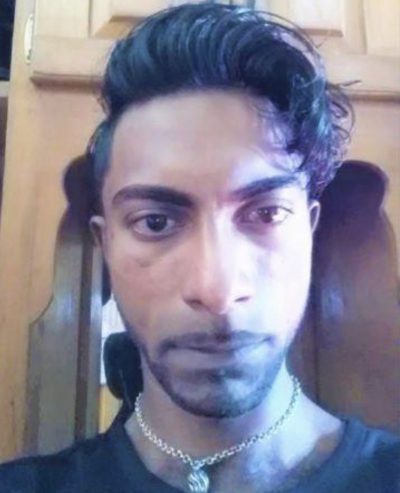 33 year old Besham ‘Bobby’ Bhim was stabbed in the neck in his apartment and left to bleed to death by his assailant.

His family was alerted that something was wrong when the blood of the Princes Town man trickled through the floor boards and into the downstairs apartment where his sister lived.

He worked as a pump attendant and had apparently drawn his salary the night before.

The empty envelope which investigators believed had contained his salary he collected before lay next to him.

He was alive when his family found him and family called paramedics, but by the time they arrived he had bled to death from the wound in his neck.

Police are continuing investigations and are searching for three men in connection with the killing at Naparima Mayaro Road, Churkoo Village.