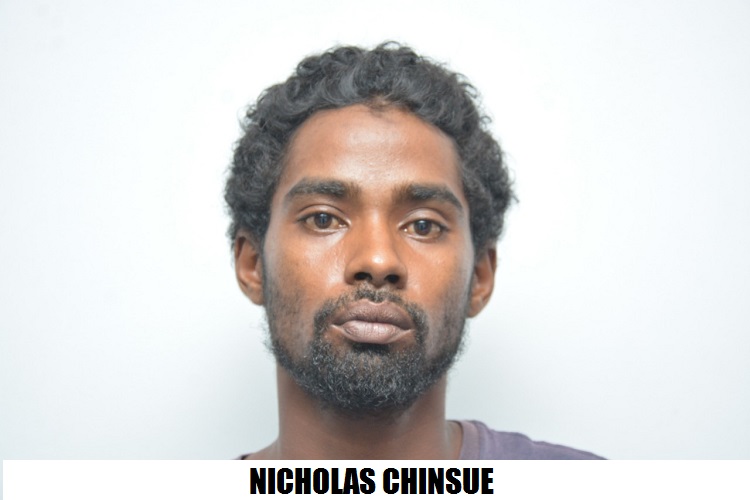 A 31-year-old Rousillac man was ordered to stay away from the Palo Seco community and a 13-year-old girl after appearing before a Siparia Magistrate yesterday charged with seven counts of sexual penetration of a child.

The accused, NICHOLAS CHINSUE, was ordered to stay 100 feet away from the girl by Magistrate Andrew Stroude as part of his bail conditions which were set at $300,000 with a surety.

CHINSUE will reappear before the court on June 7th, 2021. He was arrested and charged by Sgt (Ag.) Taylor, of the South-Western Division Child Protection Unit (CPU) on May 8th, 2021, following the conclusion of a missing person investigation involving a 13-year-old girl in February 2020.

After receiving the report, CPU detectives immediately launched a search for the girl who was allegedly found at the home of the accused four days later.

Investigators subsequently interviewed the girl who told them of the alleged acts performed on her.

Following further enquiries, spearheaded by W/Superintendent (Ag.) Claire Guy-Alleyne and Insp (Ag.) Knutt, the suspect was charged with seven counts of sexual penetration of a child.